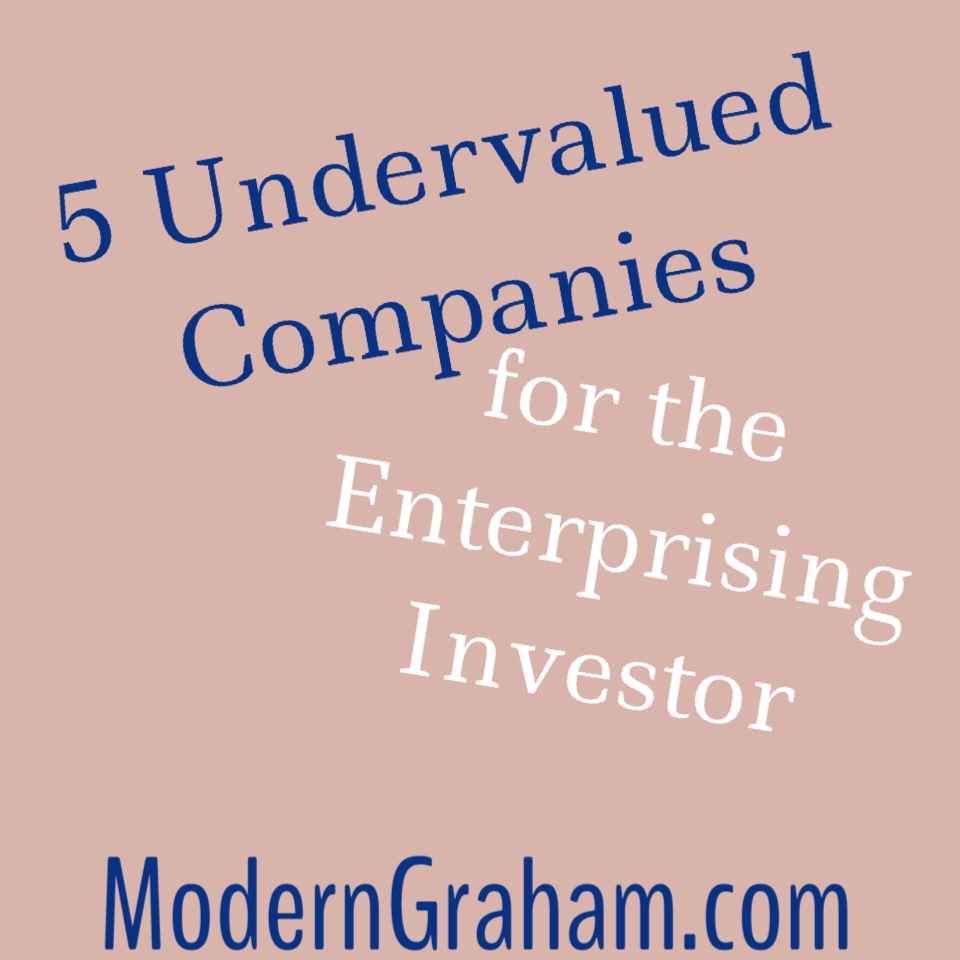 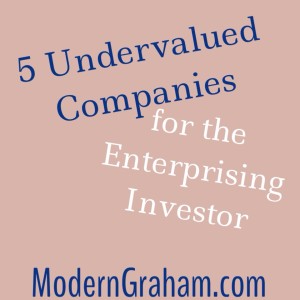 Ford Motor Company has improved its situation considerably since ModernGraham last reviewed the company in 2009.  Since then, earnings have grown consistently, and the company now appears suitable for the Enterprising Investor, who is able to take on more risk than his Defensive Investor cohort.  The company fails to pass all of the requirements of the Defensive Investor because its current ratio is not high enough and has not consistently paid a dividend for over 10 years (the company took suspended dividends from 2007 to 2011).  From a valuation standpoint, the company fares very well as a result of the EPSmg (normalized earnings) growth from -$3.60 in 2008 to an estimated $2.07 for 2013.  This is significant growth and far outpaces the negative growth implied by the market at this time.  As a result, the ModernGraham valuation model finds Ford Motor Company to be undervalued.  Enterprising Investors should proceed with further research to determine whether the company is right for their individual portfolios, while keeping in mind the 7 Key Tips to Value Investing.  (Read the full valuation here) 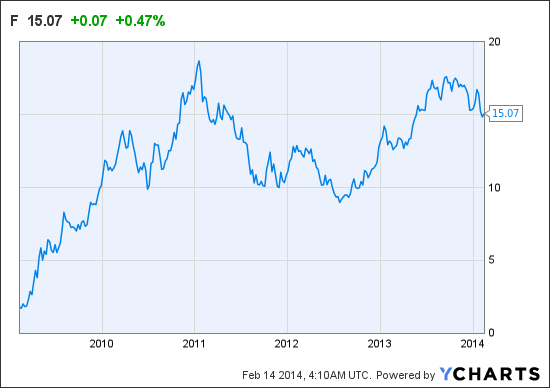 Capital One Financial is a company that stands out from its peers, having survived the financial meltdown without posting a negative earnings year.  This company is not suitable for the Defensive Investor, due to not sufficiently growing earnings over the ten year period, but it is suitable for the Enterprising Investor.  Capital One appears to have solid earnings stability, a strong dividend history, and is trading at low PEmg and PB ratios.  Value investors seeking to follow Benjamin Graham’s methods for the Enterprising Investor should feel very comfortable proceeding with further research, beginning with a review of ModernGraham’s Valuation of American Express (AXP).  In terms of a valuation, the company has grown EPSmg (normalized earnings) from $3.14 in 2009 to an estimated $6.36 in 2013.  This is solid growth that more than supports the market’s implied estimate for growth of 1.44%, indicating the company may be undervalued presently.  (Read the full valuation here) 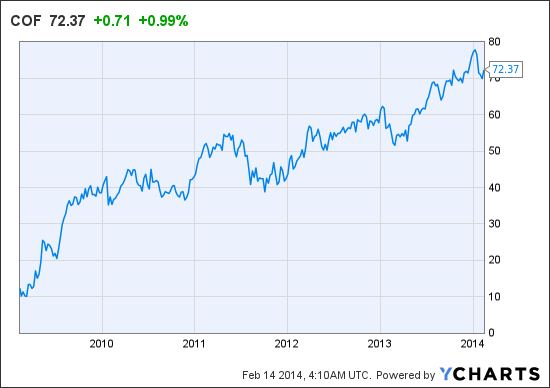 Gannett is an intriguing company for Enterprising Investors, after having passed every requirement of the investor type except the debt to current assets requirement.  The company does not qualify for Defensive Investors, however, because of the current ratio being too low, and the lack of earnings stability or sufficient growth over the ten year period.  As a result, Enterprising Investors should feel very comfortable proceeding with further research to determine if Gannett is suitable for their individual portfolios, keeping in mind the 7 Key Tips to Value Investing.  From purely a valuation standpoint, the company appears undervalued, after growing EPSmg (normalized earnings) from -$6.63 in 2008 to an estimated $1.93 for 2013.  This level of growth significantly outpaces the market’s current implied estimate of growth (3.05%), and the ModernGraham valuation model indicates a value around $74.  (Read the full valuation here) 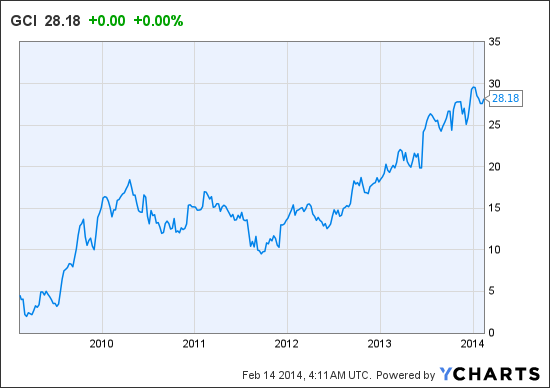 Bed Bath & Beyond Inc. is an extremely interesting company for value investors.  It is not suitable for the Defensive Investor, by not paying dividends and by trading at a high PB ratio, but it is suitable for the Enterprising Investor because its balance sheet and earnings history are strong enough to overcome the lack of dividend payments.  As a result, Enterprising Investors seeking to follow the ModernGraham methods, based on Benjamin Graham’s classic The Intelligent Investor, should feel comfortable proceeding with further research into the company and comparing its prospects against other companies that pass the ModernGraham requirements such as through a review of ModernGraham’s analysis of Target Inc. (TGT).  From a valuation perspective, the company looks great, having grown EPSmg (normalized earnings) from $1.89 in 2008 to an estimated $4.20 for 2013.  This outstanding level of growth far surpasses the market’s implied growth rate of 3.48%, and the ModernGraham valuation model returns an intrinsic value that is considerably higher than the current market price.  (Read the full valuation here) 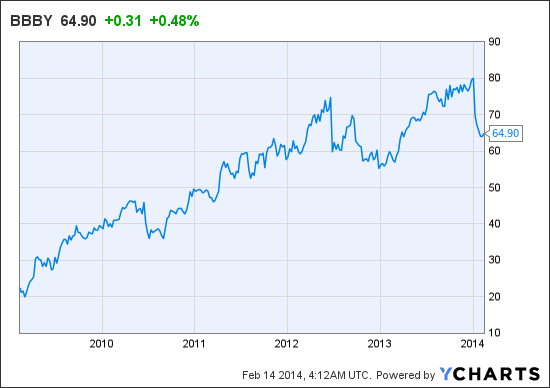 Apple Inc.’s earnings are just unbelievable, and the EPSmg (normalized earnings) have grown from $3.52 in 2008 to $33.18 in 2013.  That is astronomical growth, nearly doubling on average every year during the period.  Compare this to Microsoft (read the ModernGraham analysis here), a company whose earnings have been growing at a much slower pace and Intel (read the ModernGraham analysis here), another company that has grown much slower, and you will see why Apple’s growth is so special.  The company does not satisfy the Defensive Investor, however, by having a current ratio that is too low, a PB ratio that is too high, and a dividend history that is too short.  But from the eyes of the Enterprising Investor, this is a very attractive company, passing all of the Enterprising Investor’s requirements.  From a valuation perspective, the growth Apple has achieved is so high that the ModernGraham valuation model was forced to use its built in cap on a growth estimate.  After all, it would be foolish to assume that Apple will continue to grow at the pace it has over the last 10 years, but given the historical pace in earnings, it also seems that the market’s implied rate of 3.95% is significantly low and the company would appear to be undervalued.  As a result, Enterprising Investors should feel very comfortable in proceeding with further research into whether the company would be appropriate for their individual portfolios.  (Read the full valuation here) 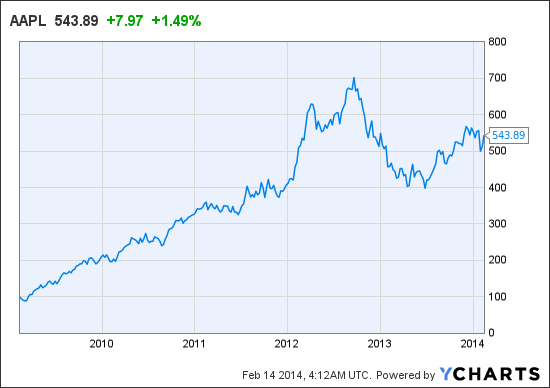