10 Undervalued Companies for the Enterprising Investor 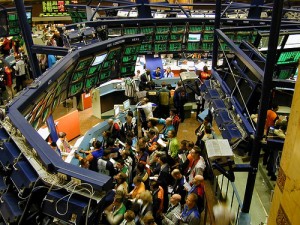 The first step for the screen is to determine which companies pass the tests for the enterprising investor, updated from Benjamin Graham’s tests presented in The Intelligent Investor.

Specifically, here are the tests required for the enterprising investor:

Enterprising Investor â€“ must pass at least 4 of the following 5 tests:

Additionally, a company can qualify for the enterprising investor if it passes the tests for the defensive investor.

From there, the 10 companies trading at the greatest discount to their intrinsic value (as calculated using Graham’s Value = EPS x (8.5 + 2g) formula – see Methods for more information) are selected for this screen.

It is important to note that any screen should be the first step in a bottom up approach to investing and further research by an intelligent investor is necessary.

This month, the screen produced the following companies:

Full Disclosure:Â  At time of publication, author was long GRMN and TDW.Â  See a list of the author’s current holdings.