There are a number of great companies in the market today. By using the ModernGraham Valuation Model, I’ve selected five of the most undervalued companies reviewed by ModernGraham. Each company has been determined to be suitable for Defensive Investor according to the ModernGraham approach. This is a sample of one screen that is included in ModernGraham Stocks & Screens, our monthly publication. Â Defensive Investors are defined as investors who are not able or willing to do substantial research into individual investments, and therefore need to select only the companies that present the least amount of risk. Enterprising Investors, on the other hand, are able to do substantial research and can select companies that present a moderate (though still low) amount of risk. Each company suitable for the Defensive Investor is also suitable for Enterprising Investors.

Value investors seeking to follow Benjamin Graham’s methods may also wish to review some other companies that satisfy the ModernGraham requirements while proceeding with further research of all of the following companies:

Intel Corp is a very strong company, having passed every single requirement of both the Defensive and Enterprising Investors. Â In addition, the company appears to be undervalued significantly by Mr. Market. Â The market is implying only 1.97% growth in the earnings, but historically the growth rate is much higher. Â The EPSmg (normalized earnings) has grown from $1.06 in 2008 to an estimated $1.99 in 2013. Â Further, the PEmg is only 12.21, which should be low enough to attract the attention of value investors. Â As a result, potential investors should be intrigued by Intel and proceed with further research of the company. Â We last reviewed this company on November 6, 2013 (look for an updated valuation in the next couple weeks), and valued it at $76.44. Â Since then, it has risen about 3%, but it is still significantly undervalued.

Deere & Co. is a strong company and passes the requirements for both the Defensive Investor and the Enterprising Investor. Â The only knocks on the company in that regard is that the PB ratio is a little high, but that is not enough to eliminate the company from further review by either investor type. Â The ModernGraham valuation model also views Deere & Co. favorably, as a result of the strong growth the company has demonstrated over the historical period. Â The company’s EPSmg (normalized earnings) have grown from $3.83 in 2008 to an estimated $6.86 for 2013. Â This level of growth surpasses the market’s implied growth rate of only 2.06%, and as a result it would appear the company is undervalued at this time. Â Defensive Investors and Enterprising Investors should take a look at our review of Caterpillar Inc. (ModernGraham Valuation) as they do further research to determine whether Deere & Co. would be suitable for their individual portfolios. Â We last reviewed Deere & Co. on December 16, 2013, and valued it at $264.16. Â Since then, it has dropped in price about 0.7%, so it is an even better value today.

AFLAC is a very attractive company, passing all of the requirements for both the Defensive Investor and the Enterprising Investor. Â The company has a strong balance sheet, good dividend history, and solid earnings growth. Â Defensive Investors and Enterprising Investors should feel very comfortable continuing with their research into the company. Â From a valuation standpoint, the strong earnings growth from an EPSmg (normalized earnings) of $2.91 in 2008 to an estimated $5.56 in 2013. Â Such growth far outpaces the 1.43% the market is implying. Â The company appears significantly undervalued by the ModernGraham valuation model. Â Defensive Investors and Enterprising Investors should undertake further research to determine if the company would be suitable for their individual investment portfolios, while keeping in mind theÂ 7 Key Tips to Value Investing. Â We valued AFLAC at $188.64 on November 20, 2013, and it has dropped in price about 4.6% since then. Â It remains a solid value.

JP Morgan Chase is a very intriguing financial company, based on its earnings growth over the last 10 years. Â The company passes all of the tests required for both the Defensive and Enterprising Investor because it has strong financials. Â From a valuation perspective, the company fares well in the ModernGraham valuation model after achieving significant growth in EPSmg (normalized earnings) of $2.62 in 2008 to an estimated $4.48 in 2013. Â The market is currently implying further growth of only 2.00%, which should be easily beatable by such a large bank. Â As a result, investors of all kinds should be interested in JP Morgan Chase and should do further research to determine whether it would be a suitable investment for them individually. Â The last ModernGraham valuation of JP Morgan Chase was at $143.27 on November 11, 2013. Â It has since risen in value 3.8%, but it still appears to be greatly undervalued. 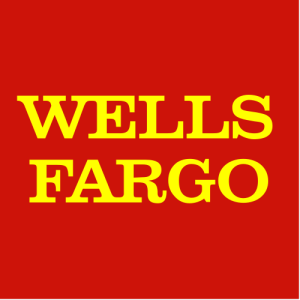 After looking at the fundamentals, Wells Fargo remains an extremely intriguing company that value investors seeking to follow Benjamin Graham’s methods should be interested in researching further. Â The company passes all of the requirements for both the Defensive Investor and the Enterprising Investor. Â Investors should be eager to compare Wells Fargo to its competitors by reviewing the ModernGraham valuations of JP Morgan Chase (JPM) and Bank of America (BAC). Â From a valuation side of things, the company fares well after growing its EPSmg (normalized earnings) from $1.73 in 2009 to $3.17 for 2013. Â It is particularly noteworthy that the earnings are even greater now than they were just before the crisis, a time when banks were “booming.” Â The market is currently implying a growth rate of 3.01%, but based on the historical performance of the company that growth rate should easily be beat. Â As a result, the company’s intrinsic value appears much higher than the market price, and the company appears to be undervalued. Â Wells Fargo was reviewed on January 26, 2014 and valued at $106.13. Â It has risen a little over 1% since then but remains a great value.

What do you think? Â Are these companies a good value for Defensive Investors? Â Is there a company you like better? Â Leave a comment on ourÂ Facebook pageÂ or mentionÂ @ModernGrahamÂ on Twitter to discuss.

Disclaimer: Â The author held a position in Deere & Co. (DE), but did not hold a position in any other company mentioned in this article at the time of publication and had no intention of changing those holdings within the next 72 hours.