Oil & gas exploration is an area in which speculation about the future is rampant. Â The conversation always seems to revolve around politics, and how the latest legislative proposal will affect the industry. Â However, Intelligent Investors will base their investment decisions in the fundamentals, evaluating the company’s riskiness and calculating an intrinsic value. Â Only through comparing the company’s intrinsic value to the market place can an investor truly get a sense of whether the company is a good investment. Â In addition, a company must have strong financial statements to prove that it is stable enough for Intelligent Investors. Â This isÂ best done by utilizing a systematic approach to analysis that will provide investors with a sense of how a specific company compares to another company. Â By using theÂ ModernGraham methodÂ one can review a company’s historical accomplishments and determine an intrinsic value that can be compared across industries. Â What follows is a specific look at how Noble Energy, Inc. fares in theÂ ModernGraham valuation model. 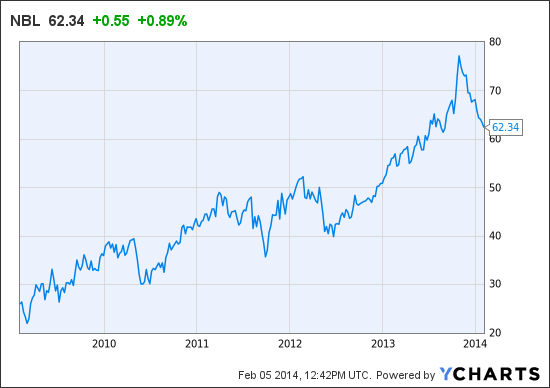 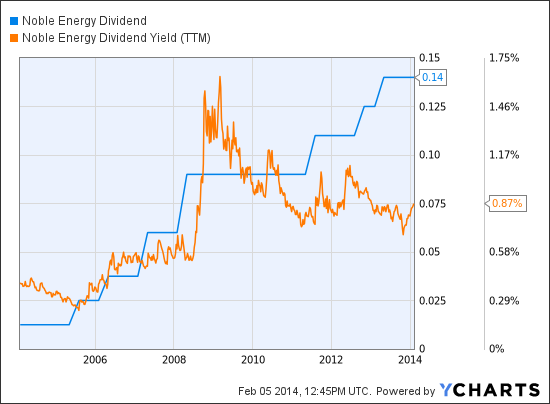 Noble Energy, Inc. does not meet the standards of the Defensive Investor or the Enterprising Investor. Â The company has not had earnings stability or growth over the ten year horizon, has a very poor current ratio, and trades at a high PEmg ratio. Â All of these factors combined eliminate the company from contention for the Defensive Investor. Â For the Enterprising Investor, the company holds too much debt relative to its current assets, and has not had stable earnings over the five year time period. Â As a result,Â value investors seeking to follow the ModernGraham approach based on Benjamin Graham’s methods should seek other opportunities by reviewingÂ companies that pass the ModernGraham requirements. Â The results of the ModernGraham valuation model are also poor, as the company’s intrinsic value appears to be considerably less than the market price. Â The company’s EPSmg (normalized earnings) have only grown from $1.83 in 2009 to an estimated $2.18 for 2013. Â This level of growth does not even come close to supporting the market’s current implied estimate of over 10% growth for the company. Â Accordingly, the company does not appear to be a good value opportunity at this time.

The next part of the analysis is up to individual investors, and requires discussion of the company’s prospects. Â What do you think? Â What value would you put on Noble Energy, Inc. (NBL)? Â Where do you see the company going in the future? Â Is there a company you like better? Â Leave a comment on ourÂ Facebook pageÂ or mentionÂ @ModernGrahamÂ on Twitter to discuss.

Disclaimer: Â The author did not hold a position in Noble Energy, Inc. (NBL) or any of the other companies listed in this article at the time of publication and had no intention of changing that position within the next 72 hours.