When a company announces a change in leadership, the market often engages in rampant speculation regarding how the change will affect the company’s prospects. Â Last week saw the announcement of Satya Nadella as the new CEO of Microsoft, and the reintegration of Bill Gates into a more active role on the Board of Directors. Â How those changes will ultimately affect the organization is yet to be seen, but Intelligent Investors are concerned more with demonstrated results and must look to the fundamentals of the company to determine its intrinsic value and whether the risk present is suitable for their investing strategies. Â This isÂ best done by utilizing a systematic approach to analysis that will provide investors with a sense of how a specific company compares to another company. Â By using theÂ ModernGraham methodÂ one can review a company’s historical accomplishments and determine an intrinsic value that can be compared across industries. Â What follows is a specific look at how Microsoft Corporation fares in theÂ ModernGraham valuation model. 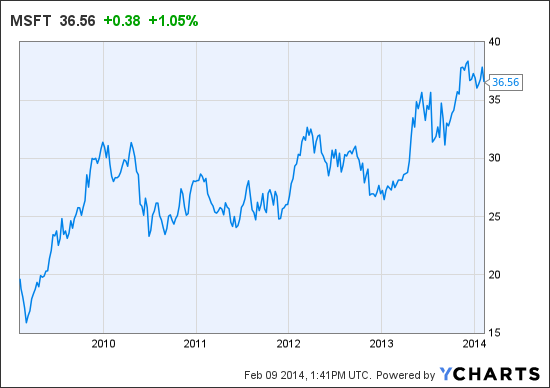 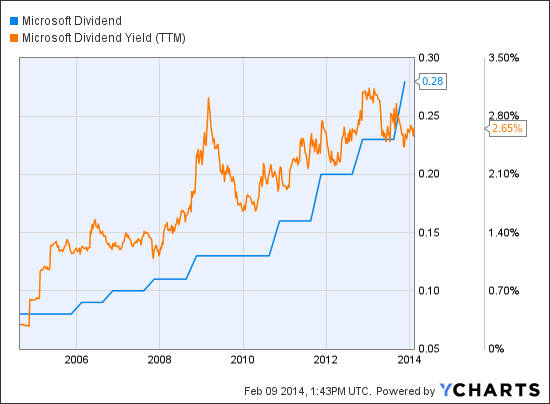 Microsoft Corporation fares slightly better today than it did during its last quarterly valuation (on November 12, 2013 it was given a fairly valued & defensive rating). Â Today it is still considered suitable for the Defensive Investor, but the intrinsic value has improved slightly. Â The company passes all of the requirements of the Defensive Investor, save for the PB ratio requirement. Â It also passes all of the requirements of the Enterprising Investor. Â As a result, value investors seeking to follow the ModernGraham approach based on Benjamin Graham’s methods should feel very comfortable proceeding with further research to determine whether the company fits their individual portfolios, beginning with a review of ModernGraham’s valuation of Apple (AAPL) and ModernGraham’s valuation of Google (GOOG). Â From a valuation perspective, as noted the intrinsic value is slightly higher than it was previously, due to better than estimated earnings results. Â The company has grown its EPSmg (normalized earnings) from $1.56 in 2009 to an estimated $2.46 for 2014. Â This level of growth is very solid and outpaces the market’s current implied estimate for growth of 3.18%, leading the ModernGraham valuation model to return an intrinsic value that is greater than the market price. Â It should be noted, though, that the value is just slightly outside of the margin of safety, so the company barely earns an undervalued rating.

The next part of the analysis is up to individual investors, and requires discussion of the company’s prospects. Â What do you think? Â What value would you put on Microsoft Corp (MSFT)? Â Where do you see the company going in the future? Â Is there a company you like better? Â Leave a comment on ourÂ Facebook pageÂ or mentionÂ @ModernGrahamÂ on Twitter to discuss.

Disclaimer: Â The author did not hold a position in Microsoft Corp (MSFT) or Google Inc. (GOOG), but did hold a long position in Apple (AAPL) at the time of publication and had no intention of changing that position within the next 72 hours.

Logo taken from the company website; this article is not affiliated with the company in any manner.