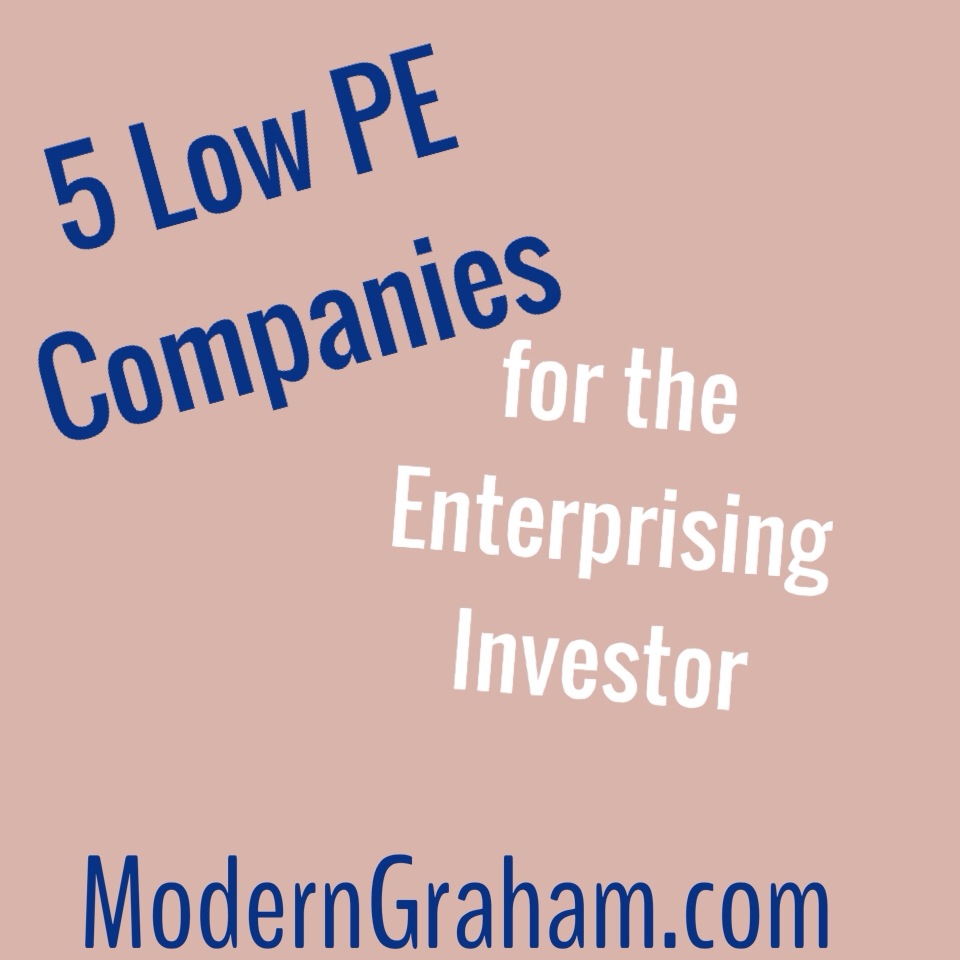 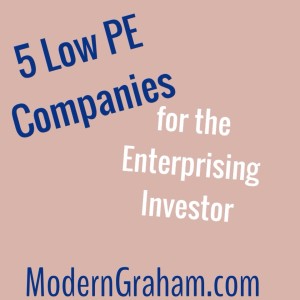 Ford Motor Company remains unsuitable for the Defensive Investor due to its lack of stability in earnings and dividends over the ten year period. Â The Enterprising Investor looks at a much shorter time horizon, though, and the company passes all of the requirements of this investor type. Â As a result, Enterprising Investors seeking to follow the ModernGraham approach based on Benjamin Graham’s methods will feel comfortable proceeding with further research. Â An example of further research would be to look at other companies that pass the ModernGraham requirements through a review ofÂ ModernGraham Stocks & Screens. Â As for a valuation, the company performs well in the ModernGraham valuation model after growing its EPSmg (normalized earnings) from -$3.60 in 2008 to $2.23 for 2013. Â This solid level of growth is not reflected by the market, as the market is currently implying a growth rate estimate of -0.80%. Â In other words, the market price indicates an expectation that the company’s EPSmg will shrink by 0.80% annually over the next 7-10 years. Â Clearly this assumption is not supported by the historical achievements of the company, and the ModernGraham valuation model accordingly returns an intrinsic value estimate that exceeds the market price. Â (See the full valuation here) 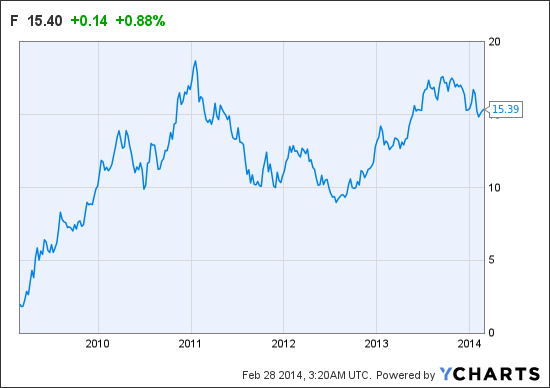 Capital One Financial is a company that stands out from its peers, having survived the financial meltdown without posting a negative earnings year. Â This company is not suitable for the Defensive Investor, due to not sufficiently growing earnings over the ten year period, but it is suitable for the Enterprising Investor. Â Capital One appears to have solid earnings stability, a strong dividend history, and is trading at low PEmg and PB ratios. Â Value investors seeking to follow Benjamin Graham’s methods for the Enterprising Investor should feel very comfortable proceeding with further research, beginning with a review ofÂ ModernGraham’s Valuation of American Express (AXP). Â In terms of a valuation, the company has grown EPSmg (normalized earnings) from $3.14 in 2009 to an estimated $6.36 in 2013. Â This is solid growth that more than supports the market’s implied estimate for growth of 1.46%, indicating the company may be undervalued presently. (See the full valuation here) 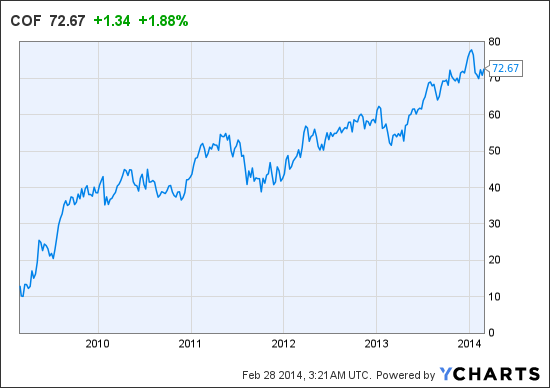 Unum Group is a rather attractive company for the Enterprising Investor, and will likely soon qualify for the Defensive Investor as well. Â Currently, the company does not qualify for the Defensive Investor because it had a negative earnings year in 2004, so it has not met the requirement of 10 straight years of positive earnings. Â Next year it will more than likely satisfy that requirement, but for now Defensive Investors should merely keep the company on the watch list. Â Enterprising Investors wishing to follow the ModernGraham approach based on Benjamin Graham’s methods should feel good proceeding with further research including a review ofÂ ModernGraham’s valuation of AFLAC Inc.Â (AFL) and otherÂ companies that pass the ModernGraham requirements. Â From a valuation side of things, the company has done well, having grown its EPSmg (normalized earnings) from $1.33 in 2008 to $2.64 for 2013. Â This solid level of growth outpaces the market’s implied estimate for growth of only 2.26%, leading the ModernGraham valuation model to return an intrinsic value greater than the market price. Â As a result, the company appears to be undervalued at the present time. (See the full valuation here) 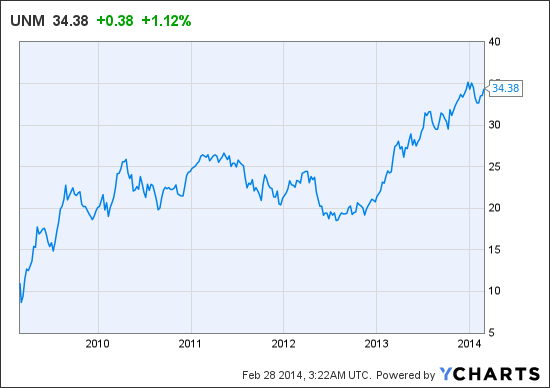 Coach Inc. is a very strong company, with healthy financials and a very consistent and promising level of growth in earnings. Â The company is not suitable for the Defensive Investor, having failed the PB ratio and Dividend Record requirements. Â The company passes all of the requirements of the Enterprising Investor, and that investor type should feel comfortable proceeding with further research, beginning with a review of someÂ Defensive Investor companies. Â From a valuation standpoint, the company has grown its EPSmg (normalized earnings) from $1.79 in 2009 to an estimated $3.33 for 2014. Â The market implies a growth rate of 3.08%, a rate which is easily supported by the earnings history. Â As a result, the company appears to be undervalued at the current time and there may be an opportunity for profit. (See the full valuation here) 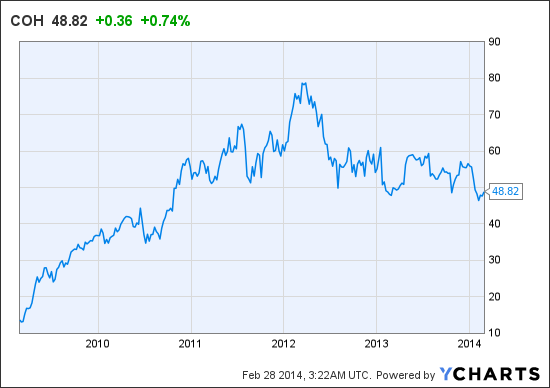 Gannett is an intriguing company for Enterprising Investors, after having passed every requirement of the investor type except the debt to current assets requirement. Â The company does not qualify for Defensive Investors, however, because of the current ratio being too low, and the lack of earnings stability or sufficient growth over the ten year period. Â As a result, Enterprising Investors should feel very comfortable proceeding with further research to determine if Gannett is suitable for their individual portfolios, keeping in mind theÂ 7 Key Tips to Value Investing. Â From purely a valuation standpoint, the company appears undervalued, after growing EPSmg (normalized earnings) from -$6.63 in 2008 to an estimated $1.93 for 2013. Â This level of growth significantly outpaces the market’s current implied estimate of growth (3.34%), and the ModernGraham valuation model indicates a value around $74. (See the full valuation here) 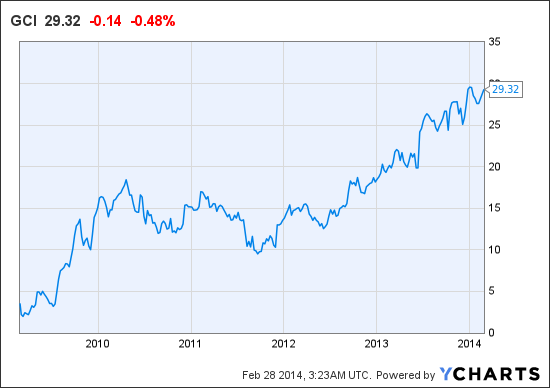 Disclaimer: Â The author held a long position in Ford Motor Company (F) and Coach Inc. (COH) but did not hold a position in any other company mentioned in this article at the time of publication and had no intention of changing those holdings within the next 72 hours.