Benjamin Graham taught that Intelligent Investors must do a thorough fundamental analysis of investment opportunities to determine their intrinsic value and inherent risk. Â This isÂ best done by utilizing a systematic approach to analysis that will provide investors with a sense of how a specific company compares to another company. Â By using theÂ ModernGraham methodÂ one can review a company’s historical accomplishments and determine an intrinsic value that can be compared across industries. Â What follows is a specific look at how Coca-Cola Company fares in theÂ ModernGraham valuation model.

Company ProfileÂ (obtained fromÂ Google Finance):Â The Coca-Cola Company is a beverage company. The Company owns or licenses and markets more than 500 nonalcoholic beverage brands, primarily sparkling beverages but also a variety of still beverages, such as waters, enhanced waters, juices and juice drinks, ready-to-drink teas and coffees, and energy and sports drinks. It owns and markets a range of nonalcoholic sparkling beverage brands, which includes Coca-Cola, Diet Coke, Fanta and Sprite. The Companyâ€™s segments include Eurasia and Africa, Europe, Latin America, North America, Pacific, Bottling Investments and Corporate. In January 2013, Sacramento Coca-Cola Bottling Company announced that it had been acquired by the Company. Effective February 22, 2013, Coca-Cola Co acquired interest in Fresh Trading Ltd. In November 2013, Coca-Cola Company and ZICO Beverages LLC announced that Coca-Cola has acquired the ownership interest in ZICO. 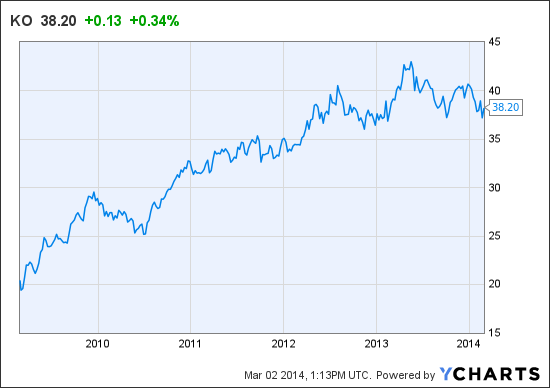 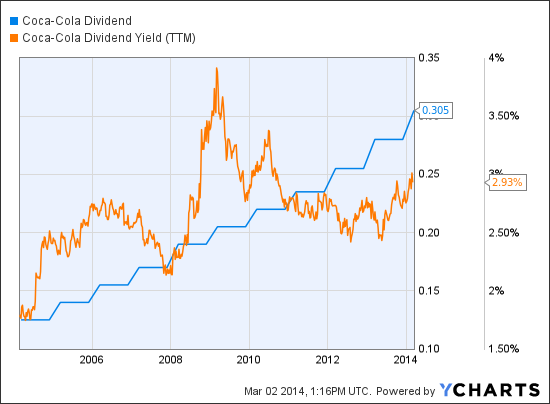 Coca-Cola is a difficult company for value investors because it is so famous for being one of Warren Buffett’s favorite investments, but the fact is that Buffett has moved away from Benjamin Graham’s teachings most likely because Buffett is able to exert significant pressure on management. Â As Coke looks today, it does not appear suitable for either the Defensive Investor or the Enterprising Investor. Â The company’s current ratio is too low and the company’s PB ratio is far too high for the Defensive Investor, and the company holds too much debt relative to its current assets for the Enterprising Investor. Â Value investors seeking to follow the ModernGraham approach based on Benjamin Graham’s methods should explore other opportunities, such as through a review of 5 Low PEmg Companies for the Enterprising Investor and 5 Undervalued Companies for the Defensive Investor. Â From a valuation perspective, the company appears to be fairly valued after growing its EPSmg (normalized earnings) from $1.29 in 2009 to $1.96. Â This level of growth supports the market’s implied estimate for earnings growth of 5.48%, leading the ModernGraham valuation model to return an estimate of intrinsic value that is within a margin of safety as the price.

The next part of the analysis is up to individual investors, and requires discussion of the company’s prospects. Â What do you think? Â What value would you put on Coca-Cola Company (KO)? Â Where do you see the company going in the future? Â Is there a company you like better? Â Leave a comment on ourÂ Facebook pageÂ or mentionÂ @ModernGrahamÂ on Twitter to discuss.

Disclaimer: Â The author did not hold a position in Coca-Cola Company (KO) or any of the other companies listed in this article at the time of publication and had no intention of changing that position within the next 72 hours.