Looking Back at the DJIA in July 2008 – Throwback Thursday 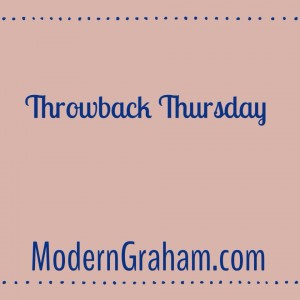 In July 2008, I analyzed the Dow Jones Industrial Average (“DJIA”) to determine its overall valuation, and published the results here. Â Overall, the DJIA was valued at 14,872. Â On that day it closed at 11,397.56, which was about 75% of its value and right on the borderline of the ModernGraham margin of safety but leaning towards undervalued. Â Since then, it has risen to 16,424.85, a rise of 44%. Â But as I was looking through the archives to select a topic for this Throwback Thursday, I wondered how did the components that were rated well by the ModernGraham valuation model end up working out? Â Did they beat the DJIA? Â That’s what we’ll look at today.

The original post looked at only the components which qualified for either the Defensive Investor or the Enterprising Investor. Â The following table summarizes the valuations and prices at the time of each component:

The following companies were components at that time but are not included in the table, indicating they were deemed to be Speculative by the ModernGraham approach at the time:

Next, we will take a look at the companies deemed undervalued at the time and see how they have done since then. Â Overall, $10,000 invested in these 9 components would be worth $16,277.45, a gain of 62.77%. Â Clearly, that result would have been even better had AIG not been included.

The Overvalued or Fairly Valued Companies

Taking a look at the companies deemed to be unsuitable for either the Defensive Investor or the Enterprising Investor, we see that one of them declared bankruptcy, General Motors, and $10,000 invested in these 9 components would have been worth $14,950.44, a gain of 49.50%.

The companies rated as Undervalued and suitable for either the Defensive Investor or the Enterprising Investor significantly outperformed the alternatives.

Going Forward – How to Use this Information

Disclosure: Â The author held a long position in DIS, and HD but no other companies at the time of publication and had no intention of changing that position in the next 72 hours.