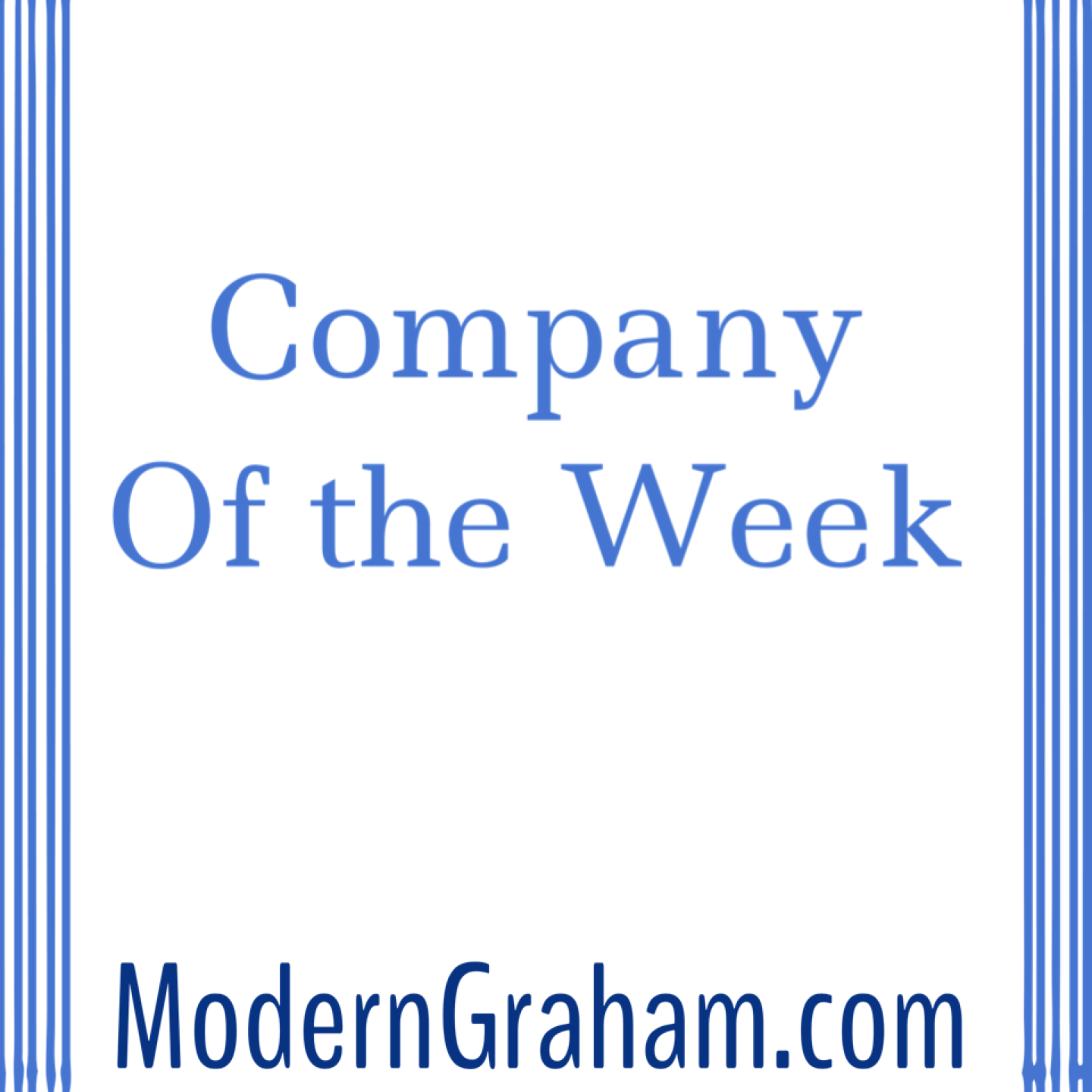 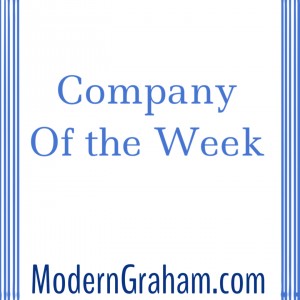 TheÂ ModernGraham approachÂ to investing has multiple layers to it. Â Regular readers will be familiar with the first two steps; the first is to determine if the company is suitable for the Defensive Investor or the Enterprising Investor, and the second is to compare the price to theÂ intrinsic value through quantitative analysis. Â The next step in the analysis is to review the company’s management and other qualitative factors to determine how the company may compare to other companies that pass the first two steps. Â In this Company of the Week series, we will delve into more detail about a specific company that performed well in the first two areas. Â This week, the company chosen, Deere & Company, has the highest dividend yield out of all of the undervalued companies in the ModernGraham database that are suitable for Defensive Investors and was recently featured as one ofÂ May’s 5 Undervalued Companies for the Defensive Investor Near 52 Week Lows.

Please be sure to reviewÂ ModernGraham’s latest valuation of Mattel Inc.Â in detail, but here is also a summary:

Mattel Inc. is suitable for either the Defensive Investor or the Enterprising Investor. Â For the Defensive Investor, the only concern is the high PB ratio, while the company passes all of the requirements of the Enterprising Investor. Â As a result, value investors seeking to follow the ModernGraham approach based on Benjamin Graham’s methods should feel comfortable proceeding with further research into the company including comparing the company toÂ ModernGraham’s valuation of Hasbro Inc. (HAS)Â andÂ ModernGraham’s valuation of The Walt Disney Company (DIS). Â From a valuation side of things, Hasbro appears significantly undervalued after growing its EPSmg (normalized earnings) from $1.35 in 2009 to $2.25 for 2013. Â This demonstrated level of growth is greater than the market’s implied estimate of 4.54% and leads the ModernGraham valuation model to return an estimate of intrinsic value that is well above the market price.

In the following chart, it is clear that in the past year, the market has responded with significant negative sentiment towards Mattel, as the price has dropped by more than 10% in a 12-month period while the S&P 500 is up more than 15% during that same period. Â Given that the company’s earnings have continued to demonstrate growth – the annual EPS has grown every year since 2008 – it would seem that the market is speculating about the company’s prospects. Â Intelligent Investors know not to speculate as that allows emotions to come into play, but rather to base decisions on factual data. Â Here, a lot of the data appears to not support Mr. Market’s assessment of the company. 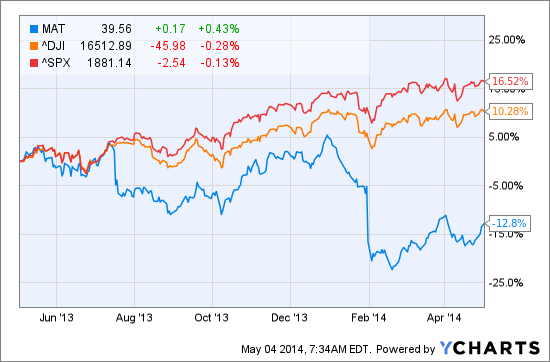 The next chart shows Mattel’s earnings over the last 30 years. Â Clearly, the company had some issues around the turn of the century, but since then the earnings have shown a rather steady rise. Â This is data that would seem to be in direct contrast to the market’s speculation as the data continues to support the notion that Mattel is a company that has demonstrated strong growth. 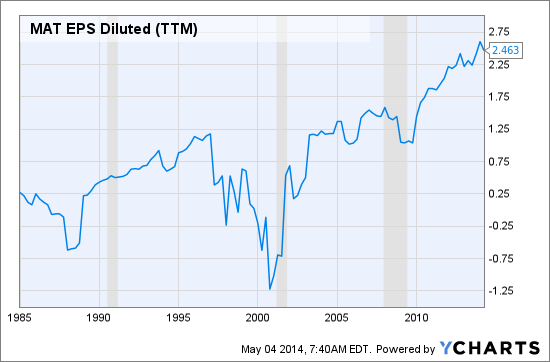 This chart is a little bit misleading at first because Ycharts does not provide the trailing twelve month dividend rate but rather the lastest dividend figure. Â In 2011, Mattel converted from an annual dividend to a quarterly dividend, so while the chart appears to show a significant drop at that time, the dividend actually continued to increase. Â That said, the chart shows that compared to the last few years, the dividend yield is strong. Â In addition, as mentioned earlier, Mattel currently has the highest dividend yield of all companies rated as suitable for Defensive Investors and undervalued by the ModernGraham valuation model. 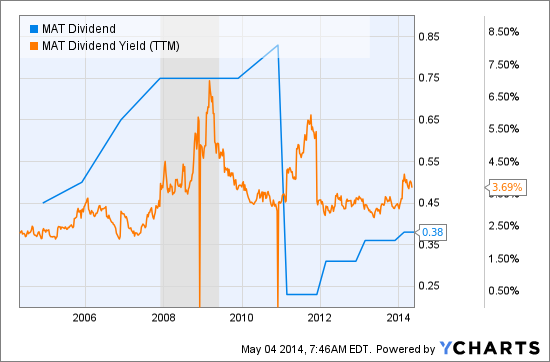 This final chart shows the price to book value over the last 10 years, and demonstrates one of the few concerns there may be with Mattel. Â As shown, the PB ratio is a little bit high compared to the historical level and this may reflect a possibility that Mr. Market will continue to bring the price down to a more expected level. Â However, it is important to remember that the earnings of the company should drive a calculation of intrinsic value, not just the assets alone. Â In this case, the earnings have continued to rise, and that is something the Intelligent Investor will be keen to seek. 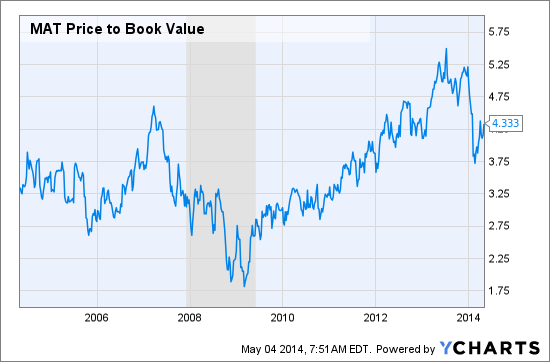 Mattel is a very intriguing company, having qualified for both Defensive Investors and Enterprising Investors. Â In addition, the quantitative analysis shows the company to be significantly undervalued, and the dividend yield is very strong. Â I believe Mr. Market has been speculating and has brought the price down because of reports of a drop in Barbie doll sales. Â It is true that Barbie is one of the company’s most recognized brand names, but it isn’t the only one. Â Mattel is a very large company that will be able to absorb any change in consumer behavior over a long period of time. Â Benjamin Graham pointed out inÂ The Intelligent InvestorÂ by Benjamin GrahamÂ (affiliate link) that large companies “have the resources in capital and brain power to carry them through adversity and back to a satisfactory earnings base. . . [and] the market is likely to respond with reasonable speed to any improvement shown.” Â In this case, Mattel has shown a drop in just a couple of products and the market seems to think that demonstrates the company isn’t keeping up with increased video game competition and will spell the end of the company. Â I think Intelligent Investors will view the long-term situation differently.

Warren Buffett has promoted looking at some key management tenets, and I’d like to leave it up to readers to discuss how Mattel fulfills (or fails to fulfill) these qualities. Â Please discuss the following in the comments below:

Disclosure:Â Â The author did not hold a position in Mattel Inc. (MAT) or any other company mentioned in the article at the time of publication and had no intention of changing that position within the next 72 hours.

2 thoughts on “Company of the Week: Mattel Inc. (MAT)”