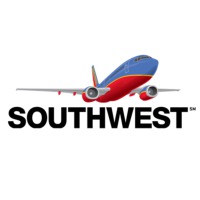 Benjamin Graham taught that Intelligent Investors must do a thorough fundamental analysis of investment opportunities to determine their intrinsic value and inherent risk. Â This isÂ best done by utilizing a systematic approach to analysis that will provide investors with a sense of how a specific company compares to another companyÂ or by reviewing theÂ 5 Undervalued Companies to Research for the Defensive Investor -Â October 2014.Â  By using theÂ ModernGraham methodÂ one can review a company’s historical accomplishments and determine an intrinsic value that can be compared across industries. Â What follows is a specific look at how Southwest Airlines Company (LUV)Â fares in theÂ ModernGraham valuation model.

Company ProfileÂ (obtained fromÂ Google Finance):Â Southwest Airlines Co. operates Southwest Airlines and AirTran Airways, passenger airlines that provide scheduled air transportation in the United States and near-international markets. As of December 31, 2012, the total fleet operated by Southwest and AirTran combined consisted of 694 aircraft, including 606 Boeing 737s and 88 Boeing 717s. Southwest principally provides point-to-point, rather than hub-and-spoke, service. AirTran principally provides hub-and-spoke, rather than point-to-point, service, with approximately half of AirTranâ€™s flights originating or terminating at its base of operation in Atlanta, Georgia. AirTran also serves a number of markets with non-stop service from smaller bases of operation in Baltimore, Maryland; Milwaukee, Wisconsin; and Orlando, Florida. In December 2013, Southwest Airlines Co acquired 12 takeoff and landing slots at New York’s LaGuardia Airport being divested by American Airlines as part of its merger with US Airways. 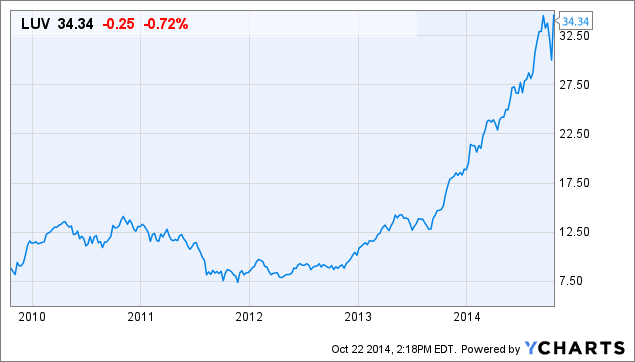 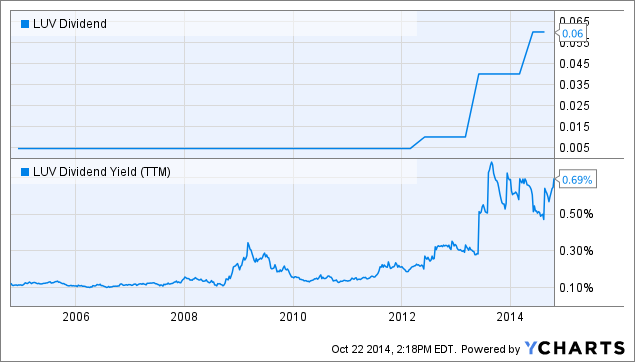 Southwest Airlines does not qualify for either the Defensive Investor or the Enterprising Investor. Â The Defensive Investor is concerned with the low current ratio, along with the high PEmg and PB ratios. Â The Enterprising Investor has concerns with the level of debt relative to the current assets. Â As a result, value investorsÂ following the ModernGraham approach based on Benjamin Graham’s methods should explore other opportunities at this time. Â From a valuation side of things,Â the company appears to be fairlyÂ valuedÂ after growingÂ its EPSmg (normalized earnings) from $0.44 in 2010 to an estimated $1.03 for 2014. Â This level of demonstrated growth supports the market’s implied estimate of 12.40%Â earnings growth and leads the ModernGrahamÂ valuation model, based on Benjamin Graham’s formula, to return an estimate of intrinsic value within a margin of safety relative toÂ the price.

The next part of the analysis is up to individual investors, and requires discussion of the company’s prospects. Â What do you think? Â What value would you put on Southwest Airlines Co. (LUV)? Â Where do you see the company going in the future? Â Is there a company you like better? Â Leave aÂ comment on ourÂ Facebook pageÂ or mentionÂ @ModernGrahamÂ on Twitter to discuss.

Disclaimer: Â The author did not hold a position in Southwest Airlines Co. (LUV)Â orÂ in any other company mentioned in this article at the time of publication and had no intention of changing that position within the next 72 hours. Â Logo taken from Wikipedia for the sole purpose of identifying the company; this article is not affiliated with the company in any manner.