A lot of investors and analysts considering Bemis Company (BMS) may be focused primarily on qualitative speculation about the company’s prospects. For example, the company recently reported increased earnings over the prior quarter, and CEO Bill Austen expressed that he is pleased with the company’s performance. Both of these tidbits from the latest earnings call may lead some investors to be excited about the company, but it is critical when analyzing Bemis to consider the company’s intrinsic value in relation to its price.

In fact, Benjamin Graham, the father of value investing, taught that the most important aspect to consider is whether a company is trading at a discount relative to its intrinsic value. It is through a thorough fundamental analysis that the investor is able to make a determination about a potential investment’s merits. Here’s a look at how the company fares in the ModernGraham valuation model.

The model is inspired by the teachings of Benjamin Graham and considers numerous metrics intended to help the investor reduce risk levels. The first part of the analysis is to determine whether the company is suitable for the very conservative Defensive Investor or the less conservative Enterprising Investor who is willing to spend a greater amount of time conducting further research. 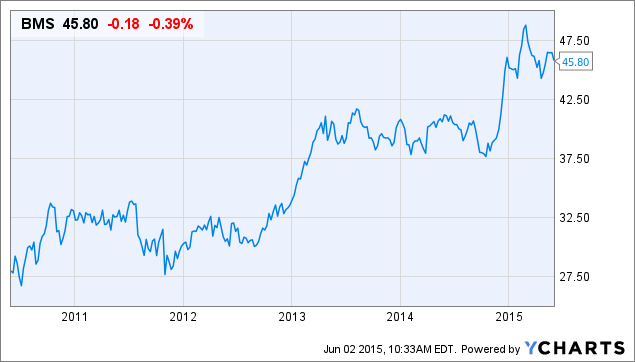 Bemis is not very attractive compared to some of its competitors. For example, a ModernGraham valuation of MeadWestvaco (NYSE:MWV) indicates that company is suitable for Enterprising Investors and is currently undervalued. Another competitor, International Paper Company (NYSE:IP) is also undervalued and suitable for the Enterprising Investor under its most recent ModernGraham valuation.

When it comes to valuation, it is critical to consider the company’s earnings history. In this case, the company has seen its EPSmg (normalized earnings) rise from $1.68 in 2011 to only an estimated $2.10 for 2015. This level of earnings growth does not support the market’s implied estimate for 6.69% annual growth over the next 7-10 years.

In fact, the recent earnings growth has averaged around 5% per year, so the market is implying there will be a boost in earnings growth. However, the ModernGraham valuation model uses a much more conservative growth estimate and returns an estimate of intrinsic value falling below the market’s price, indicating that Bemis is overvalued at the present time.