Genuine Parts Company (GPC) may intrigue many investors simply because it has dropped in price relative to the market over the last several months, making it somewhat attractive based on its price alone. That said, Benjamin Graham, the father of value investing, taught that the most important aspect to consider is whether the company is trading at a discount relative to its intrinsic value. It is through a thorough fundamental analysis that the investor is able to determine a potential investment’s merits. Here’s an updated look at how Genuine Parts Company fares in the ModernGraham valuation model.

This model is inspired by the teachings of Benjamin Graham and considers numerous metrics intended to help the investor reduce risk levels. The first part of the analysis is to determine whether the company is suitable for the very conservative Defensive Investor or the less conservative Enterprising Investor, who is willing to spend a greater amount of time conducting further research. 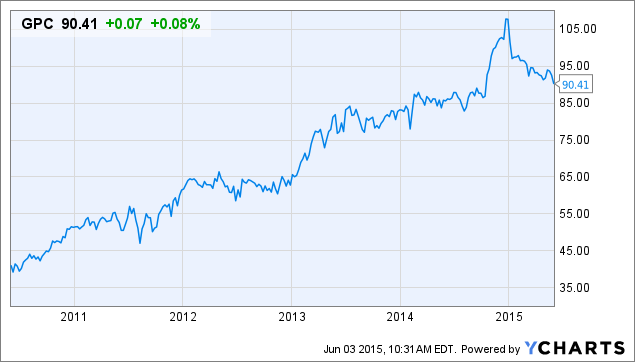 Enterprising Investor – Must pass at least 4 of the following 5 tests, or be suitable for a Defensive Investor: Score = 4/5 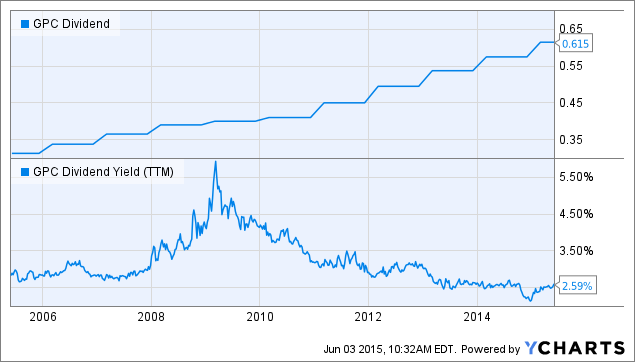 From a valuation side of things, the company has grown its EPSmg (normalized earnings) from $3.08 in 2011 to an estimated $4.47 for 2015. This level of demonstrated growth is in line with the market’s implied estimate for earnings growth of 5.87% over the next 7-10 years.

The company’s recent earnings history shows an average annual growth in EPSmg of around 9%. The ModernGraham valuation model reduces such a rate to a more conservative figure, assuming some slowdown will occur, but still returns an estimate of intrinsic value falling within a margin of safety relative to the current price, indicating Genuine Parts Company is fairly valued at the present time.