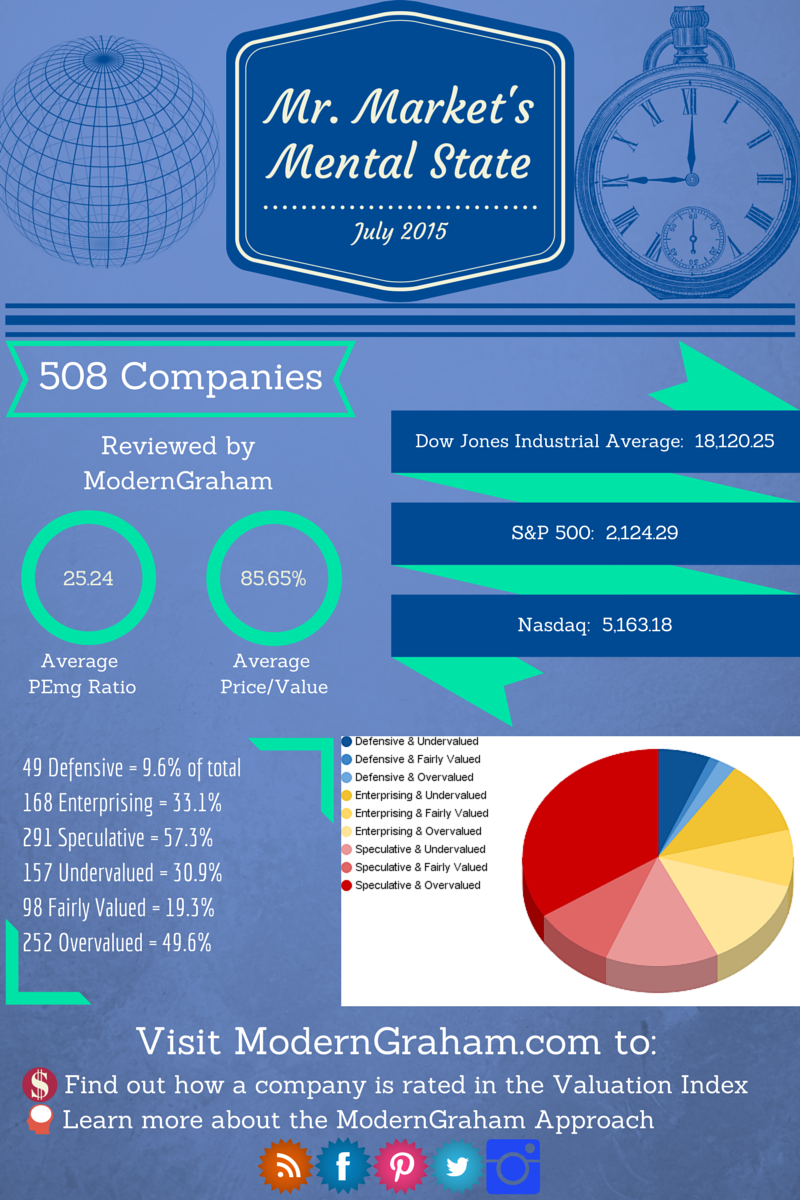 Legendary value investor Benjamin Graham is probably most famous for his Mr. Market parable. Â In the story, an investor is greeted each day by Mr. Market, who offers to purchase the investor’s stocks. Â Every offer is different, and sometimes the price is insanely high, sometimes it seems fair, and other times it is clearly too low. Â But one thing remains the same – the intrinsic value of the investments does not change. Â As a result, the investor is left to decide when to buy and sell based on the relationship between the intrinsic value and the price Mr. Market is offering.

All value investors today should keep the analogy in mind, and implement the overall concept. Â To assist in that goal, ModernGraham has various tools available, and the infographic shown above is one of them, displaying a summary of the valuations of 508 companies reviewed by ModernGraham. Â Each valuation can be found in theÂ Valuation Index, available for free, orÂ premium membersÂ can access more detailed information including screens and tables of the valuations.