Twenty-First Century Fox (FOXA) has shown strong earnings growth over the last several years, a factor that immediately attracts some investors. In addition, some analysts believe the company to be a good value based based on qualitative factors. For example, Seeking Alpha contributor Price Point wrote last month about the company’s management changes, ratings, and how such items may affect the company’s growth. These qualitative issues are excellent to consider in the final stages of an investment decision, but first one must use quantitative metrics to determine the company’s intrinsic value.

Benjamin Graham, the father of value investing, taught that the most important aspect to consider is whether the company is trading at a discount relative to its intrinsic value. It is through a thorough fundamental analysis that the investor is able to make a determination about a potential investment’s merits.

In addition, Graham strongly suggested that investors avoid speculation in order to remove the subjective elements of emotion. This is best achieved by utilizing a systematic approach to analysis that will provide investors with a sense of how a specific company compares to another. By using theÂ ModernGraham method, one can review a company’s historical accomplishments and determine an intrinsic value that can be compared across industries. 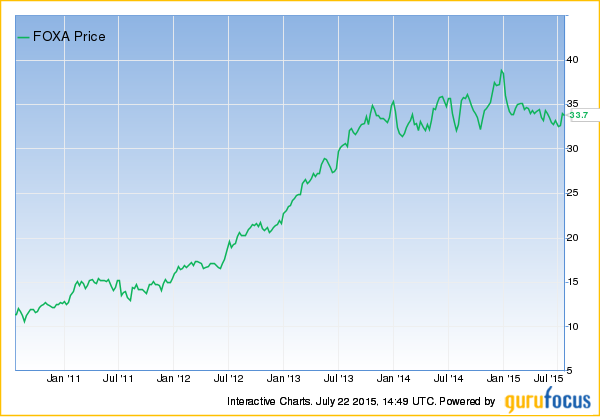 Defensive Investor – Must pass at least 6 of the following 7 tests: Score = 5/7 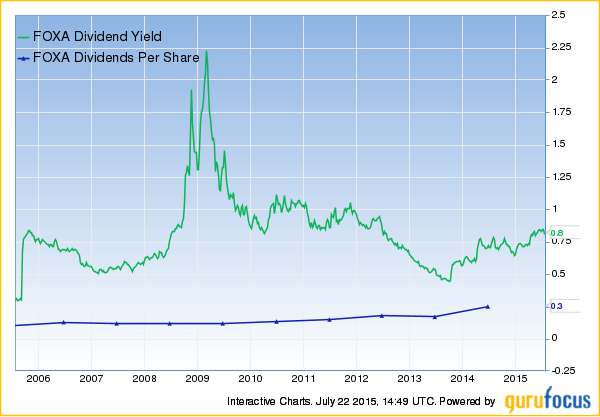 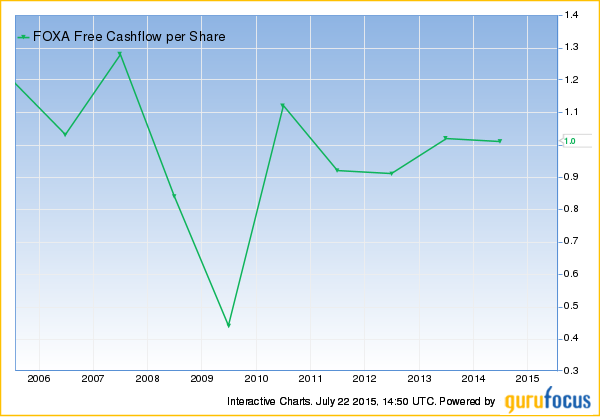 Twenty-First Century Fox is rather attractive when compared to some other companies in the industry. For example, a ModernGraham valuation of Comcast Corporation (CMCSA) indicates that company is unsuitable for Defensive Investors or Enterprising Investors though it is undervalued. On the other hand, CBS Corporation (CBS) was rated as suitable for Enterprising Investors and found to be significantly undervalued as well in itsÂ most recent ModernGraham valuation.

When it comes to that valuation, it is critical to consider the company’s earnings history. In this case, it has grown its EPSmg (normalized earnings) from $0.66 in 2011 to an estimated $2.64 for 2015. This is a fairly strong level of demonstrated growth, and outpaces the market’s implied estimate for annual earnings growth of 2.11% over the next 7-10 years.

In recent years, the company’s actual growth in EPSmg has averaged nearly 60% annually, and while the ModernGraham valuation model reduces the actual growth to a more conservative figure when making an estimate, the model still returns an estimate of intrinsic value well above the current price, indicating that Twenty-First Century Fox is significantly undervalued at the present time.