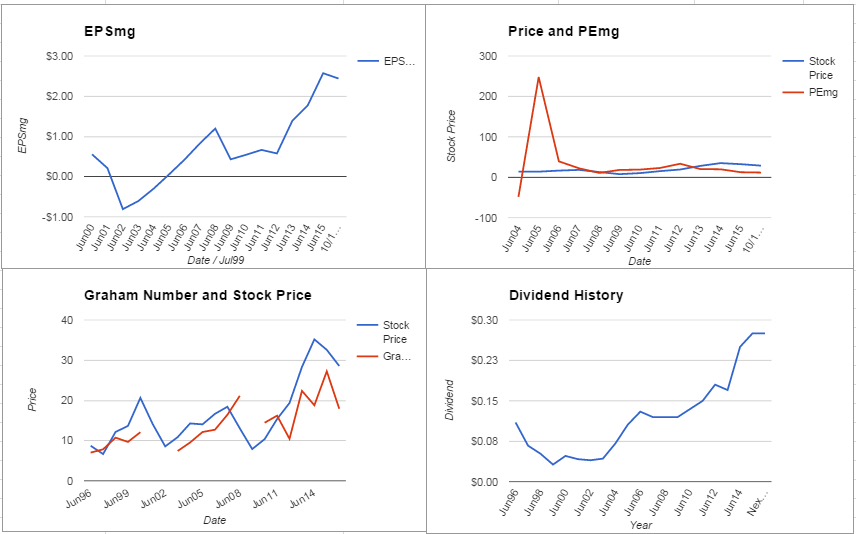 Benjamin Graham taught that Intelligent Investors must do a thorough fundamental analysis of investment opportunities to determine their intrinsic value and inherent risk. Â This isÂ best done by utilizing a systematic approach to analysis that will provide investors with a sense of how a specific company compares to another companyÂ or by reviewing theÂ 10 Most Undervalued Companies for the Defensive Investor – SeptemberÂ 2015.Â  By using theÂ ModernGraham methodÂ one can review a company’s historical accomplishments and determine an intrinsic value that can be compared across industries. Â What follows is a stock analysis showing a specific look at how Twenty-First Century Fox Inc. (FOXA)Â fares in theÂ ModernGraham valuation model. 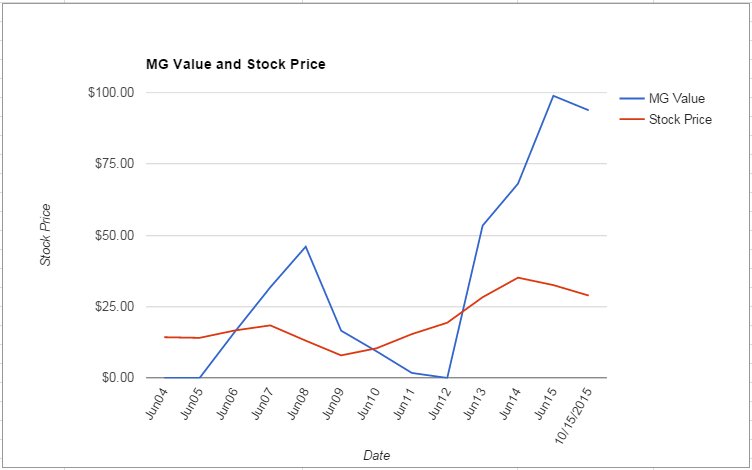 Twenty-First Century FoxÂ Inc.Â qualifies for the both the Defensive Investor and the Enterprising Investor. Â The Defensive Investor is only concerned with the insufficient earnings stabilityÂ over the last ten years. Â The Enterprising Investor is only concerned by the level of debt relative to the net current assets.Â  As a result, all value investorsÂ following the ModernGraham approach based on Benjamin Graham’s methods should feel comfortable proceeding with further research into the company.

As for a valuation,Â the company appears to be undervalued after growingÂ itsÂ EPSmg (normalized earnings) from $0.58 in 2012 to an estimated $2.44 for 2016. Â This level of demonstrated earnings growth outpaces the market’s implied estimate of 1.68% annual earnings growth over the next 7-10 years.Â  As a result, the ModernGrahamÂ valuation model, based on Benjamin Graham’s formula, returns an estimate of intrinsic value aboveÂ the price.

The next part of the analysis is up to individual investors, and requires discussion of the company’s prospects. Â What do you think? Â What value would you put on Twenty-First Century Fox Inc. (FOXA)? Â Where do you see the company going in the future? Â Is there a company you like better? Â Leave aÂ comment on ourÂ Facebook pageÂ or mentionÂ @ModernGrahamÂ on Twitter to discuss.