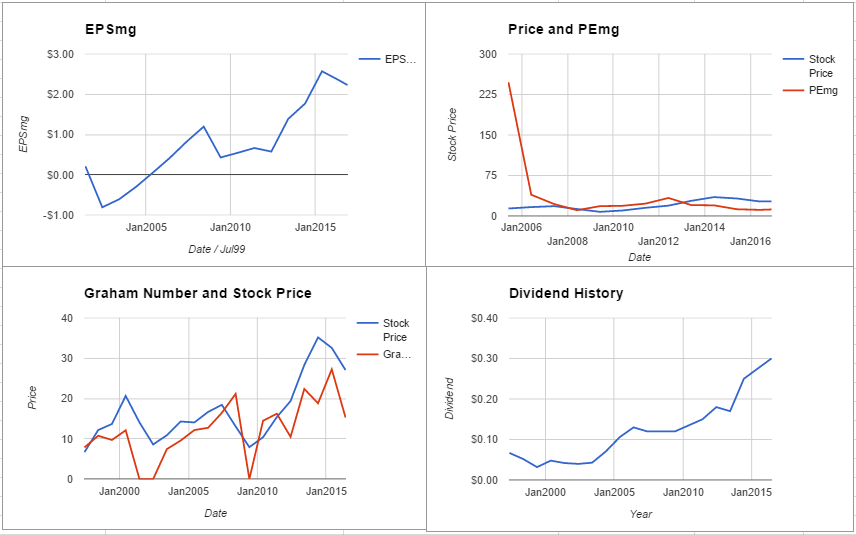 Benjamin Graham taught that Intelligent Investors must do a thorough fundamental analysis of investment opportunities to determine their intrinsic value and inherent risk. Â This isÂ best done by utilizing a systematic approach to analysis that will provide investors with a sense of how a specific company compares to another companyÂ or by reviewing theÂ 10 Stocks for Using A Benjamin Graham Value Investing Strategy – August 2016.Â  By using theÂ ModernGraham methodÂ one can review a company’s historical accomplishments and determine an intrinsic value that can be compared across industries. Â What follows is a stock analysis showing a specific look at how Twenty-First Century Fox Inc (FOXA)Â fares in theÂ ModernGraham valuation model.

Company ProfileÂ (obtained fromÂ Google Finance): Twenty-First Century Fox, Inc. is a media and entertainment company. The Company’s segments include Cable Network Programming; Television; Filmed Entertainment, and Other, Corporate and Eliminations. The Cable Network Programming segment produces and licenses news, business news, sports, general entertainment, factual entertainment and movie programming for distribution. The Television segment is engaged in the operation of broadcast television stations and the broadcasting of network programming in the United States. The Filmed Entertainment segment is engaged in the production and acquisition of live-action and animated motion pictures for distribution and licensing in all formats in all entertainment media, and the production and licensing of television programming around the world. The Other, Corporate and Eliminations segment consists primarily of corporate overhead and eliminations, and other businesses. 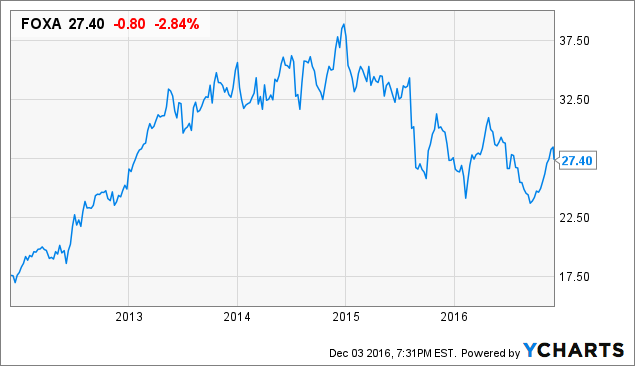 Premium members can view a full ModernGraham valuation of the company and have access to download a PDF version of the valuation for easy reference. Recent valuations of the components of the Dow Jones Industrial Average are available for free members, including this one of Microsoft Corporation. Â In addition,Â here is a post detailing what can be found within each individual company’s valuation. 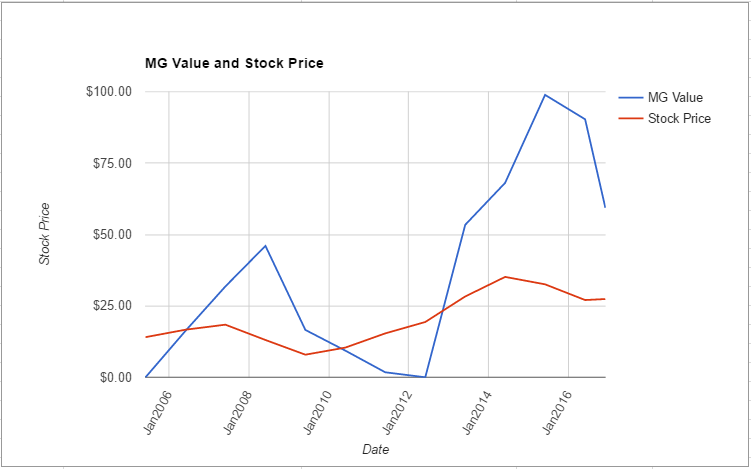 Twenty-First Century Fox Inc qualifies for both the Defensive Investor and the Enterprising Investor. The Defensive Investor is only initially concerned with the insufficient earnings stability over the last ten years. The Enterprising Investor is only concerned with the level of debt relative to the net current assets. As a result, all value investors following the ModernGraham approach should feel comfortable proceeding with the analysis.

As for a valuation, the company appears to be Undervalued after growing its EPSmg (normalized earnings) from $1.39 in 2013 to an estimated $2.23 for 2017. This level of demonstrated earnings growth outpaces the market’s implied estimate of 1.9% annual earnings growth over the next 7-10 years. As a result, the ModernGraham valuation model, based on the Benjamin Graham value investing formula, returns an estimate of intrinsic value above the price.

At the time of valuation, further research into Twenty-First Century Fox Inc revealed the company was trading above its Graham Number of $17.36. The company pays a dividend of $0.33 per share, for a yield of 1.2% Its PEmg (price over earnings per share – ModernGraham) was 12.31, which was below the industry average of 40.02, which by some methods of valuation makes it one of the most undervalued stocks in its industry. Finally, the company was trading above its Net Current Asset Value (NCAV) of $-10.68.