Company ProfileÂ (obtained fromÂ Marketwatch): Twenty-First Century Fox, Inc. is a media company, which engages in television broadcasting and film production. It operates through the following segments: Cable Network Programming; Television; Filmed Entertainment; Direct Broadcast Satellite Television, and Other Corporate and Eliminations. The Cable Network Programming segment consists of the production and licensing of programming distributed through cable television systems and direct broadcast satellite operators. The Television segment offers broadcasting of network programming. The Filmed Entertainment offers production and acquisition of live-action and animated motion pictures for distribution and licensing in entertainment media. The Direct Broadcast Satellite Television segment involves in the distribution of basic and premium programming services via satellite and broadband directly to subscribers. The Other, Corporate and Eliminations segment comprises of corporate overhead and eliminations. The company was founded in 1979 and is headquartered in New York, NY. 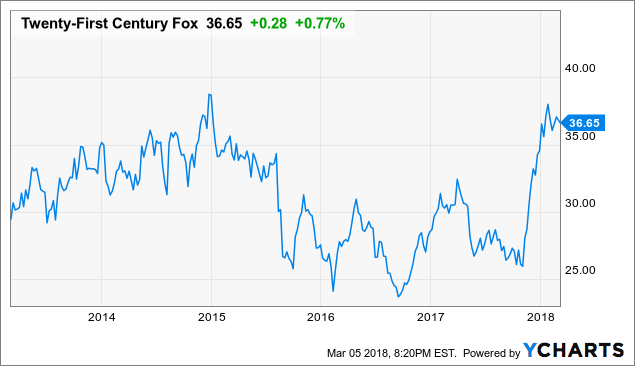 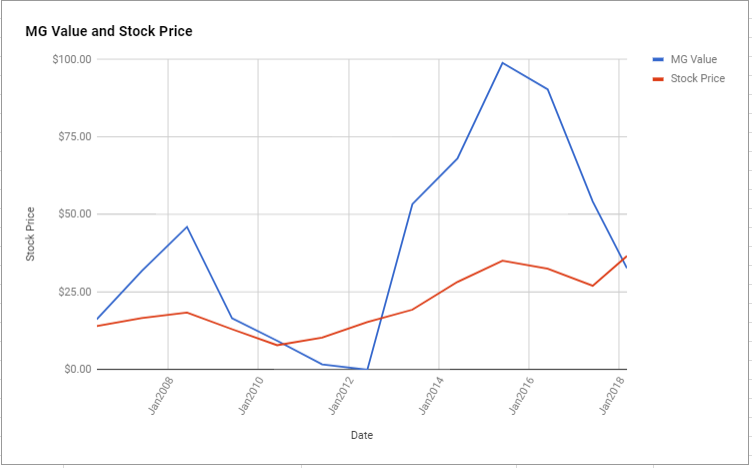 As for a valuation, the company appears to be Overvalued after growing its EPSmg (normalized earnings) from $1.77 in 2014 to an estimated $2.16 for 2018. This level of demonstrated earnings growth does not support the market’s implied estimate of 4.23% annual earnings growth over the next 7-10 years. As a result, the ModernGraham valuation model, based on the Benjamin Graham value investing formula, returns an estimate of intrinsic value below the price.

At the time of valuation, further research into Twenty-First Century Fox Inc revealed the company was trading above its Graham Number of $21.42. The company pays a dividend of $0.36 per share, for a yield of 1% Its PEmg (price over earnings per share – ModernGraham) was 16.96, which was below the industry average of 35.9, which by some methods of valuation makes it one of the most undervalued stocks in its industry. Finally, the company was trading above its Net Current Asset Value (NCAV) of $-9.2. 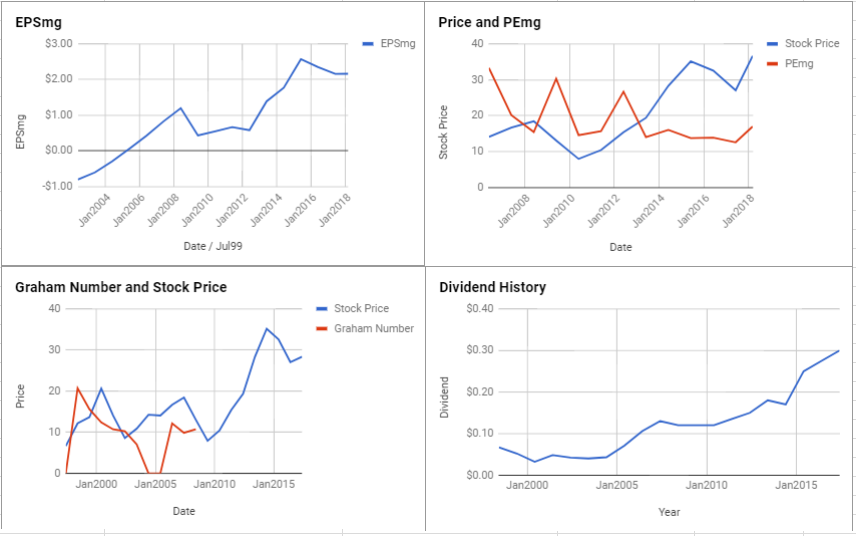