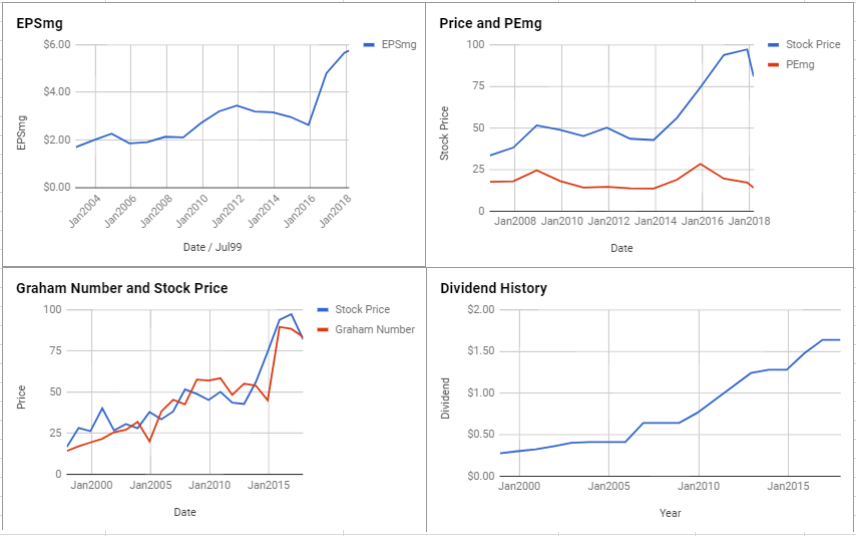 Company ProfileÂ (obtained fromÂ Marketwatch): Molson Coors Brewing Co. produces and sells beer. It brews, markets and sells a portfolio of brands such as Coors Light, Molson Canadian, Carling, Blue Moon and Keystone Light across the Americas, Europe and Asia. It operates through the following segments: the United States, Canada, Europe, and Molson Coors International (MCI). It operates in Canada through Molson Coors Canada, in the United States through MillerCoors LLC, in Europe through Molson Coors Europe and Molson Coors International operating in various other countries. It also markets and sells its brands, which include Coors, Coors 1873, Coors Extra, Coors Gold, Iceberg 9000, King Cobra, Royal Brew, and Zima. in various international markets. The company was founded in 1873 and is headquartered in Denver, CO. 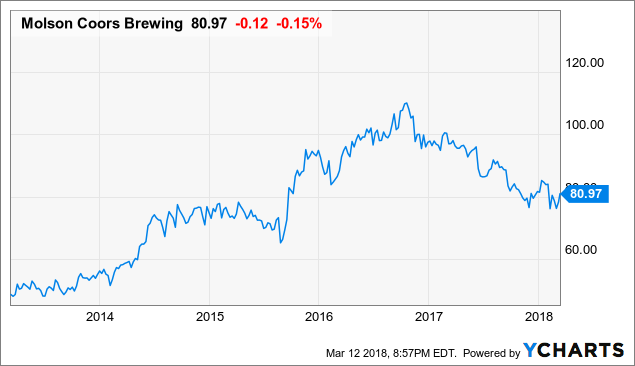 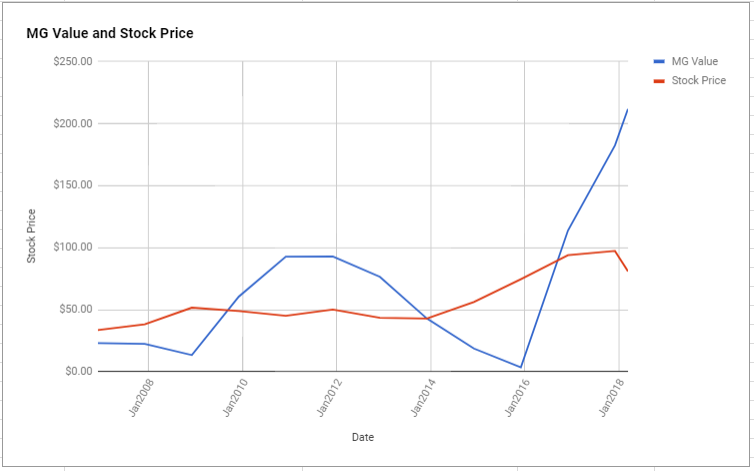 Molson Coors Brewing Co qualifies for both the Defensive Investor and the Enterprising Investor. The Defensive Investor is only initially concerned with the low current ratio. The Enterprising Investor has concerns regarding the level of debt relative to the current assets. As a result, all value investors following the ModernGraham approach should feel comfortable proceeding with the analysis.

As for a valuation, the company appears to be Undervalued after growing its EPSmg (normalized earnings) from $2.97 in 2014 to an estimated $5.76 for 2018. This level of demonstrated earnings growth outpaces the market’s implied estimate of 2.78% annual earnings growth over the next 7-10 years. As a result, the ModernGraham valuation model, based on the Benjamin Graham value investing formula, returns an estimate of intrinsic value above the price.

At the time of valuation, further research into Molson Coors Brewing Co revealed the company was trading below its Graham Number of $83.53. The company pays a dividend of $1.64 per share, for a yield of 2% Its PEmg (price over earnings per share – ModernGraham) was 14.06, which was below the industry average of 25.91, which by some methods of valuation makes it one of the most undervalued stocks in its industry. Finally, the company was trading above its Net Current Asset Value (NCAV) of $-68.5.