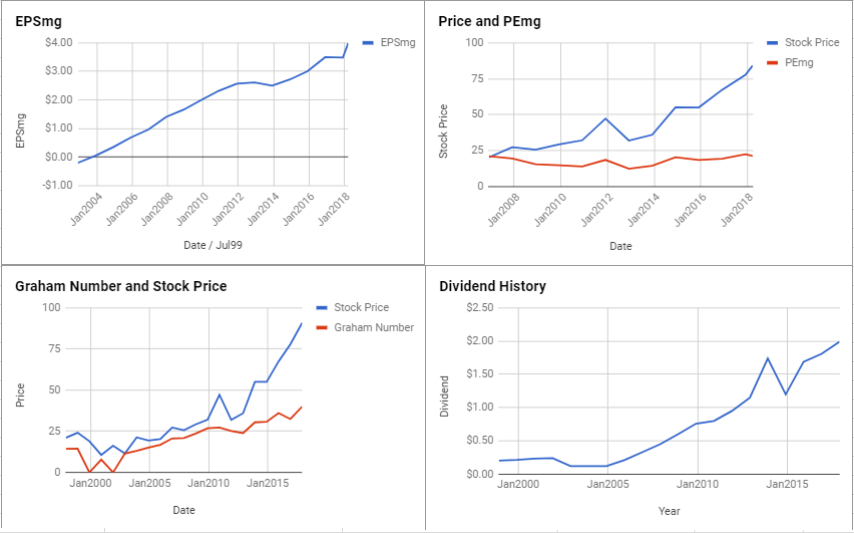 Company ProfileÂ (excerpt from Reuters): Hasbro, Inc. (Hasbro), incorporated on January 8, 1926, is a play and entertainment company. The Company’s operating segments include the U.S. and Canada, International, and Entertainment and Licensing. From toys and games to content development, including television programming, motion pictures, digital gaming and a consumer products licensing program, Hasbro fulfills the fundamental need for play and connection for children and families around the world. The Company’s Hasbro Studios and its film label, Allspark Pictures, create brand-driven storytelling across mediums, including television, film and digital. Its Franchise Brands are LITTLEST PET SHOP, MAGIC: THE GATHERING, MONOPOLY, MY LITTLE PONY, NERF, PLAY-DOH and TRANSFORMERS. 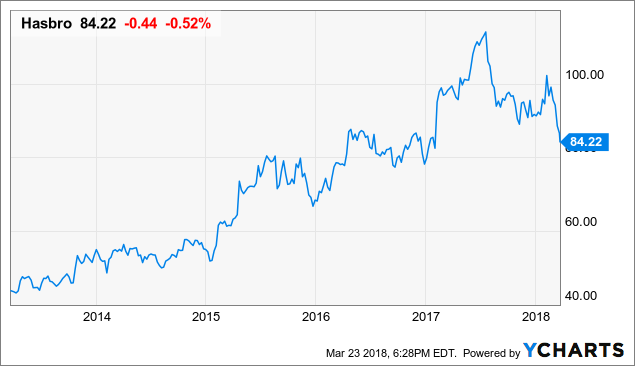 HAS data by YCharts

ModernGraham Valuation of HAS – March 2018 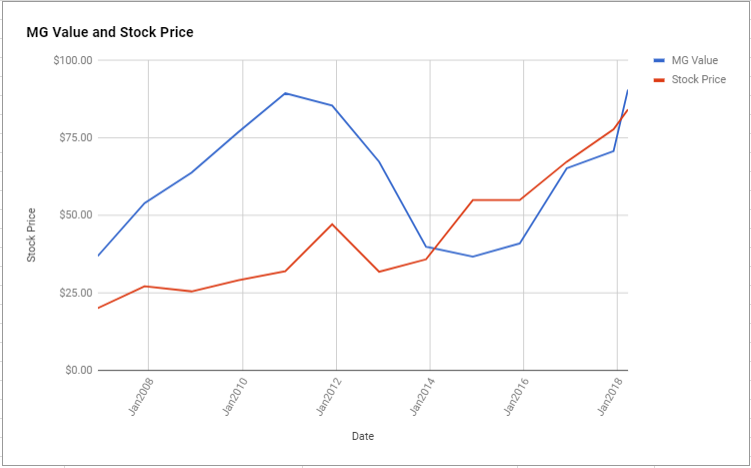 As for a valuation, the company appears to be Fairly Valued after growing its EPSmg (normalized earnings) from $2.71 in 2014 to an estimated $4 for 2018. This level of demonstrated earnings growth supports the market’s implied estimate of 6.29% annual earnings growth over the next 7-10 years. As a result, the ModernGraham valuation model, based on the Benjamin Graham value investing formula, returns an estimate of intrinsic value within a margin of safety relative to the price.

At the time of valuation, further research into Hasbro, Inc. revealed the company was trading above its Graham Number of $39.93. The company pays a dividend of $2.22 per share, for a yield of 2.6%, putting it among the best dividend paying stocks today. Its PEmg (price over earnings per share – ModernGraham) was 21.08, which was below the industry average of 29.63, which by some methods of valuation makes it one of the most undervalued stocks in its industry. Finally, the company was trading above its Net Current Asset Value (NCAV) of $1.38.

Hasbro, Inc. performs fairly well in the ModernGraham grading system, scoring a B-.