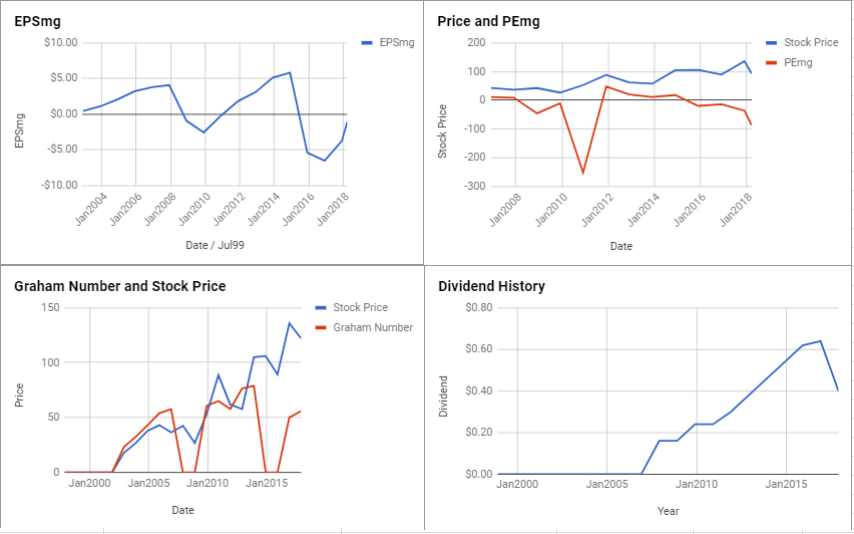 Company ProfileÂ (excerpt from Reuters): Cimarex Energy Co., incorporated on February 14, 2002, is an independent oil and gas exploration and production company. The Company operates in exploration and production (E&P) segment. The Company’s operations are located mainly in Oklahoma, Texas and New Mexico. The Company’s E&P activities take place primarily in two areas: the Permian Basin and the Mid-Continent region. Its Permian Basin region encompasses west Texas and southeast New Mexico. Its Mid-Continent region consists of Oklahoma and the Texas Panhandle. As of fiscal year ended December 31, 2016 (fiscal 2016), its activities in the Mid-Continent were focused in the Woodford shale and the Meramec horizon, both in Oklahoma. During fiscal 2016, production from the Mid-Continent averaged 457 millions of cubic feet equivalent (MMcfe) per day, or 47% of total company production. 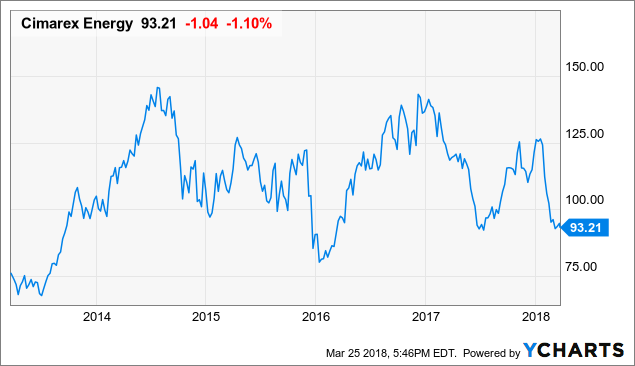 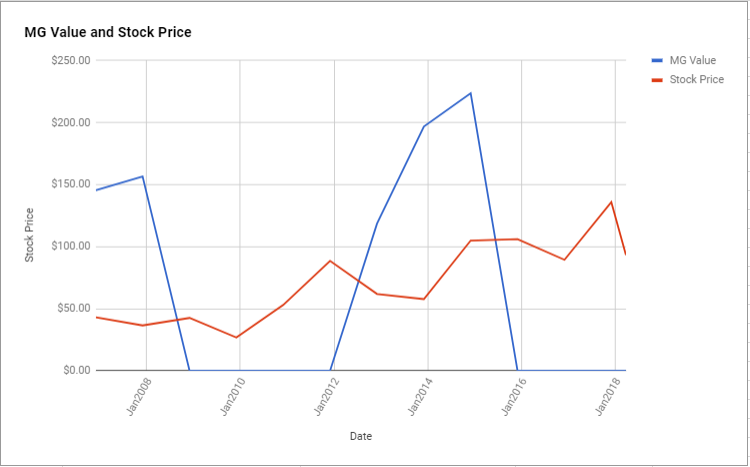 Cimarex Energy Co does not satisfy the requirements of either the Enterprising Investor or the more conservative Defensive Investor. The Defensive Investor is concerned with the low current ratio, insufficient earnings stability or growth over the last ten years, and the high PEmg and PB ratios. The Enterprising Investor has concerns regarding the level of debt relative to the current assets, and the lack of earnings stability or growth over the last five years. As a result, all value investors following the ModernGraham approach should explore other opportunities at this time or proceed cautiously with a speculative attitude.

As for a valuation, the company appears to be Overvalued after seeing its EPSmg (normalized earnings) decline from $5.81 in 2014 to an estimated $-1.07 for 2018. This level of negative earnings does not support a positive valuation.As a result, the ModernGraham valuation model, based on the Benjamin Graham value investing formula, returns an estimate of intrinsic value below the price.

At the time of valuation, further research into Cimarex Energy Co revealed the company was trading above its Graham Number of $55.95. The company pays a dividend of $0.32 per share, for a yield of 0.3% Its PEmg (price over earnings per share – ModernGraham) was -87.22, which was below the industry average of 104.43, which by some methods of valuation makes it one of the most undervalued stocks in its industry. Finally, the company was trading above its Net Current Asset Value (NCAV) of $-16.43.

Cimarex Energy Co scores quite poorly in the ModernGraham grading system, with an overall grade of D.

None. This is the first time ModernGraham has covered the company.