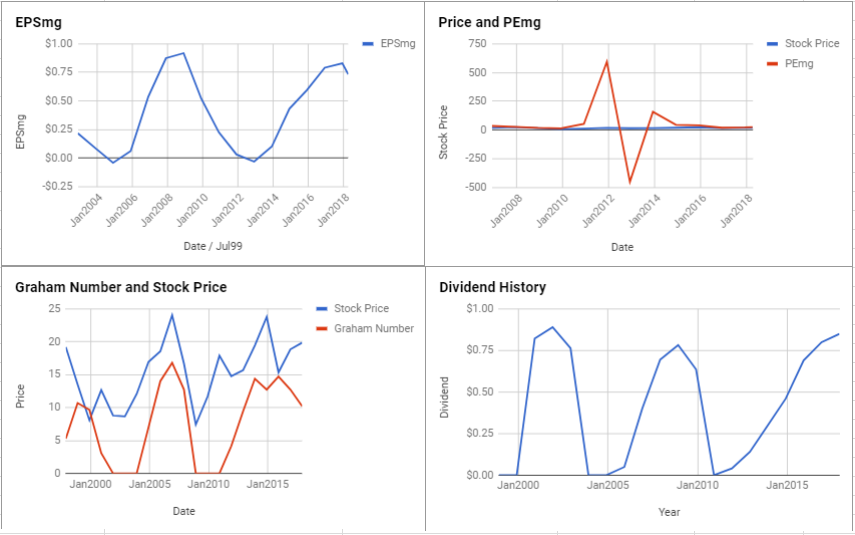 Company ProfileÂ (excerpt from Reuters): Host Hotels & Resorts, Inc. (Host Inc.), incorporated on September 28, 1998, operates as a self-managed and self-administered real estate investment trust (REIT). The Company operates through hotel ownership segment. The Company owned properties and conducted operations through Host Hotels & Resorts, L.P. (Host L.P.), of which Host Inc. was the general partner and of which it held approximately 99% of the partnership interests (OP units), as of December 31, 2016. As of February 20, 2017, its lodging portfolio consisted of 96 primarily luxury and upper-upscale hotels containing approximately 53,500 rooms, with the majority located in the United States, and with seven of the properties located outside of the United States in Australia, Brazil, Canada and Mexico. In addition, it owns non-controlling interests in two international joint ventures: approximately a 33% interest in a joint venture in Europe, which owns 10 luxury and upper-upscale hotels with approximately 3,900 rooms in Belgium, France, Germany, Spain, Sweden, the Netherlands and the United Kingdom, and a 9% indirect interest, through joint ventures, in five operating hotels and two hotels in the final stages of completion in India. 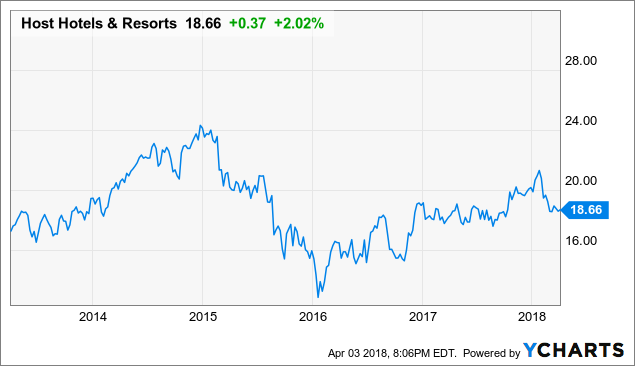 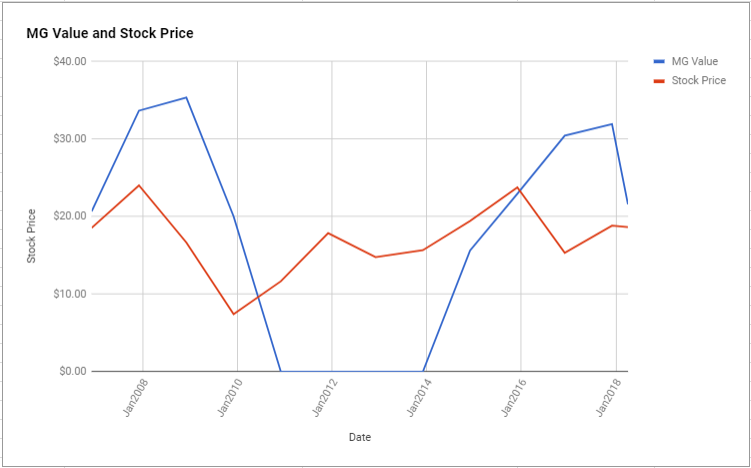 As for a valuation, the company appears to be Fairly Valued after growing its EPSmg (normalized earnings) from $0.43 in 2014 to an estimated $0.73 for 2018. This level of demonstrated earnings growth supports the market’s implied estimate of 8.48% annual earnings growth over the next 7-10 years. As a result, the ModernGraham valuation model, based on the Benjamin Graham value investing formula, returns an estimate of intrinsic value within a margin of safety relative to the price.

At the time of valuation, further research into Host Hotels and Resorts Inc revealed the company was trading above its Graham Number of $10.2. The company pays a dividend of $0.8 per share, for a yield of 4.3%, putting it among the best dividend paying stocks today. Its PEmg (price over earnings per share – ModernGraham) was 25.45, which was below the industry average of 44.79, which by some methods of valuation makes it one of the most undervalued stocks in its industry. Finally, the company was trading above its Net Current Asset Value (NCAV) of $-5.14.

Host Hotels and Resorts Inc performs fairly well in the ModernGraham grading system, scoring a B-.