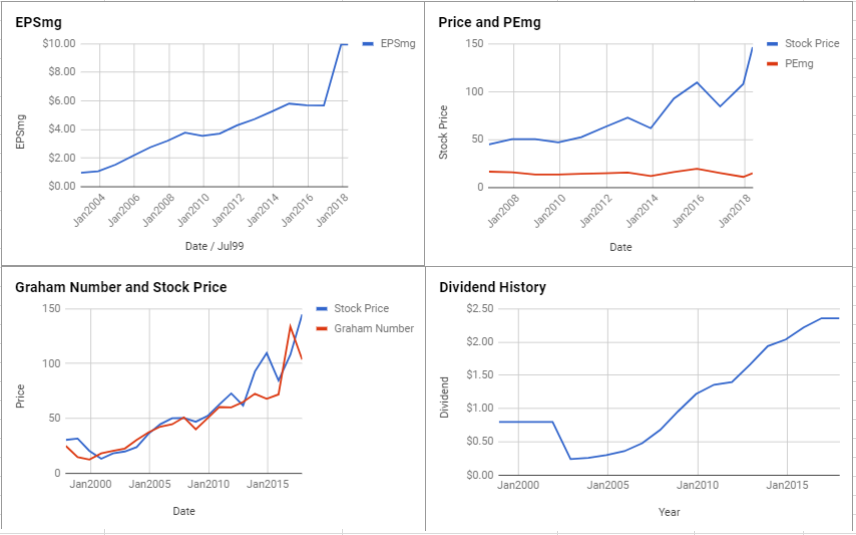 Company ProfileÂ (excerpt from Reuters): Norfolk Southern Corporation, incorporated on August 24, 2009, is a holding company engaged principally in the rail transportation business. As of December 31, 2016, the Company operated approximately 19,500 miles of road primarily in the East and Midwest. The Company is engaged in the rail transportation of raw materials, intermediate products and finished goods primarily in the Southeast, East and Midwest, and through interchange with rail carriers, to and from the rest of the United States. It also transports overseas freight through several Atlantic and Gulf Coast ports. It offers an intermodal network in the eastern half of the United States. The Company’s system reaches various manufacturing plants, electric generating facilities, mines, distribution centers and other businesses located in its service area. 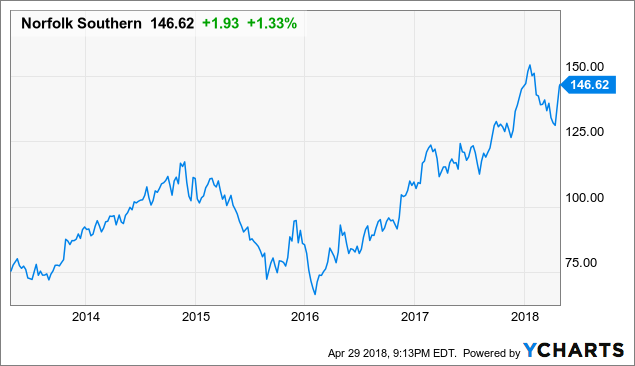 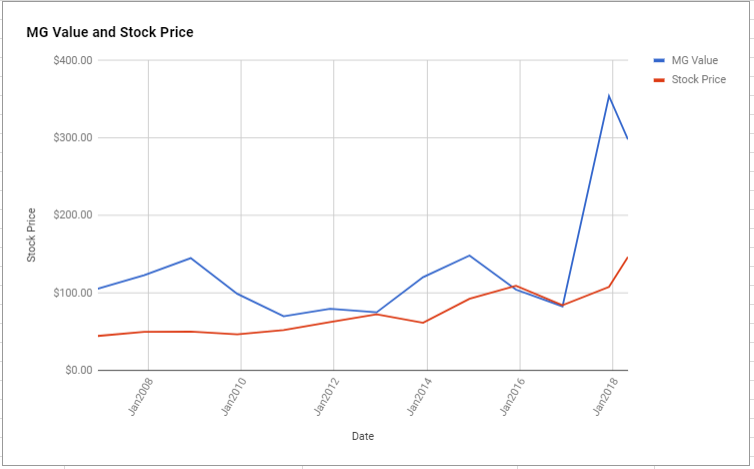 Norfolk Southern Corp. qualifies for both the Defensive Investor and the Enterprising Investor. The Defensive Investor is only initially concerned with the low current ratio. The Enterprising Investor has concerns regarding the level of debt relative to the current assets. As a result, all value investors following the ModernGraham approach should feel comfortable proceeding with the analysis.

As for a valuation, the company appears to be Undervalued after growing its EPSmg (normalized earnings) from $5.81 in 2014 to an estimated $9.96 for 2018. This level of demonstrated earnings growth outpaces the market’s implied estimate of 3.11% annual earnings growth over the next 7-10 years. As a result, the ModernGraham valuation model, based on the Benjamin Graham value investing formula, returns an estimate of intrinsic value above the price.

At the time of valuation, further research into Norfolk Southern Corp. revealed the company was trading above its Graham Number of $103.69. The company pays a dividend of $2.44 per share, for a yield of 1.7% Its PEmg (price over earnings per share – ModernGraham) was 14.72, which was below the industry average of 25.23, which by some methods of valuation makes it one of the most undervalued stocks in its industry. Finally, the company was trading above its Net Current Asset Value (NCAV) of $-60.9.