Company ProfileÂ (excerpt from Reuters): Aaron’s, Inc. (Aaron’s), incorporated on March 28, 1962, is an omnichannel provider of lease-purchase solutions. The Company engages in the sales and lease ownership and specialty retailing of furniture, consumer electronics, home appliances and accessories through its Company-operated and franchised stores in Canada, as well as its e-commerce platform, Aarons.com. The Company’s segments include Sales and Lease Ownership, Progressive Finance Holdings, LLC (Progressive), Dent-A-Med, Inc., doing business as the HELPcard (DAMI), Franchise and Manufacturing. Its stores carry brands, such as Samsung, Frigidaire, Hewlett-Packard, LG, Whirlpool, Simmons, Philips, Ashley and Magnavox. As of December 31, 2016, the Company had 1,864 Aaron’s stores, consisted of 1,165 Company-operated stores in 28 states, the District of Columbia and Canada, and 699 independently-owned franchised stores in 46 states and Canada. The Company owns or has rights to various trademarks and trade names used in its business, including Aaron’s, Aaron’s Sales & Lease Ownership, Progressive, Dent-A-Med, the HELPcard and Woodhaven Furniture Industries. 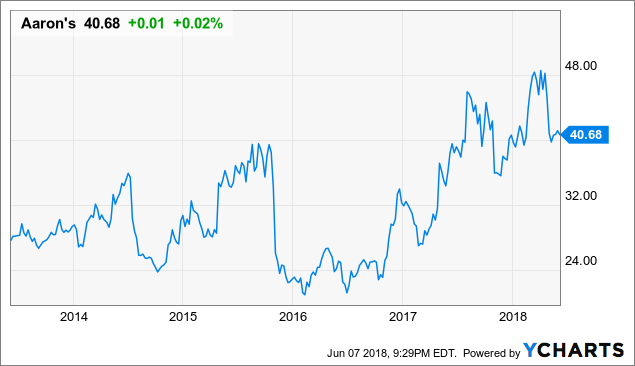 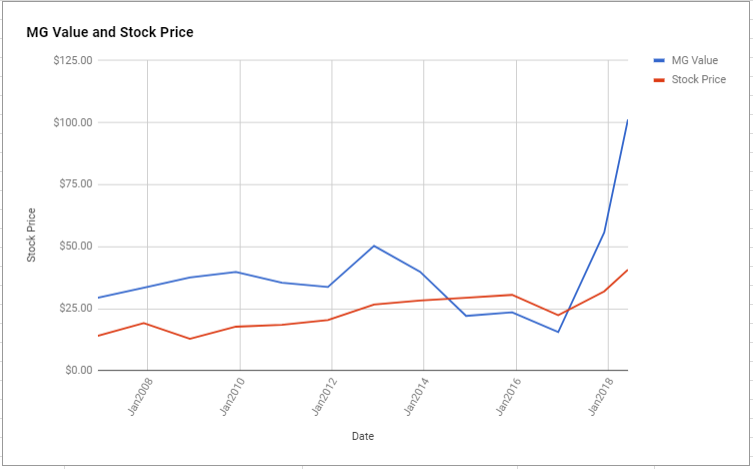 Aaron’s, Inc. qualifies for both the Defensive Investor and the Enterprising Investor. The Defensive Investor is only initially concerned with the low current ratio. The Enterprising Investor is only concerned with the level of debt relative to the net current assets. As a result, all value investors following the ModernGraham approach should feel comfortable proceeding with the analysis.

As for a valuation, the company appears to be Undervalued after growing its EPSmg (normalized earnings) from $1.52 in 2014 to an estimated $2.87 for 2018. This level of demonstrated earnings growth outpaces the market’s implied estimate of 2.84% annual earnings growth over the next 7-10 years. As a result, the ModernGraham valuation model, based on the Benjamin Graham value investing formula, returns an estimate of intrinsic value above the price.

At the time of valuation, further research into Aaron’s, Inc. revealed the company was trading below its Graham Number of $42.55. The company pays a dividend of $0.11 per share, for a yield of 0.3% Its PEmg (price over earnings per share – ModernGraham) was 14.17, which was below the industry average of 37.1, which by some methods of valuation makes it one of the most undervalued stocks in its industry. Finally, the company was trading above its Net Current Asset Value (NCAV) of $-7.75.

Aaron’s, Inc. fares extremely well in the ModernGraham grading system, scoring an A-. 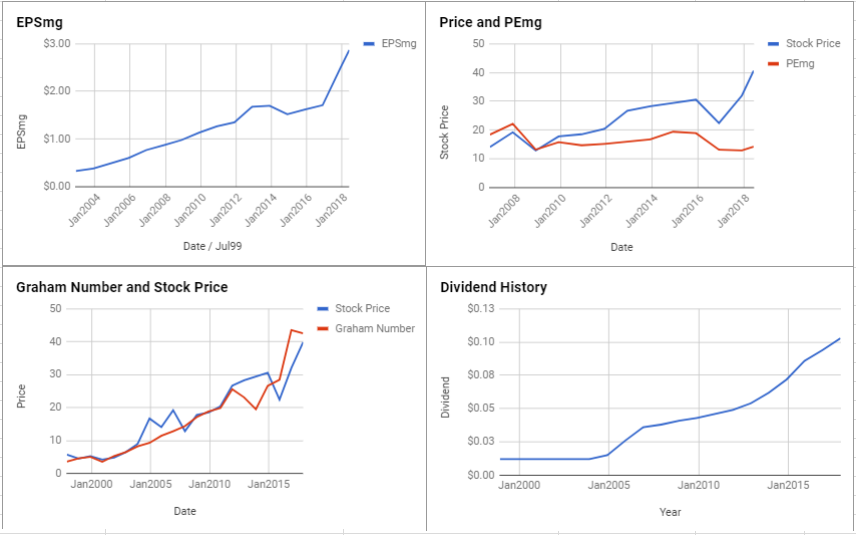