Company ProfileÂ (excerpt from Reuters): Anadarko Petroleum Corporation (Anadarko), incorporated on June 12, 1985, is an independent exploration and production company. The Company is engaged in developing, acquiring, and exploring for oil and natural-gas resources. The Company’s segments include Oil and Gas Exploration and Production; Midstream, and Marketing. The Company’s geographical segments include the United States and International. The Oil and Gas Exploration and Production segment explores for and produces oil, condensate, natural gas and natural gas liquids (NGLs), and focuses on the development and operation of the Company’s liquefied natural gas (LNG) project in Mozambique. The Midstream segment engages in gathering, processing, treating and transporting Anadarko and third-party oil, natural-gas and NGLs production. The Marketing segment sells Anadarko’s oil, natural-gas and NGLs production, as well as third-party purchased volumes. As of December 31, 2016, the Company had approximately 1.7 billion barrels of oil equivalent (BOE) of proved reserves. 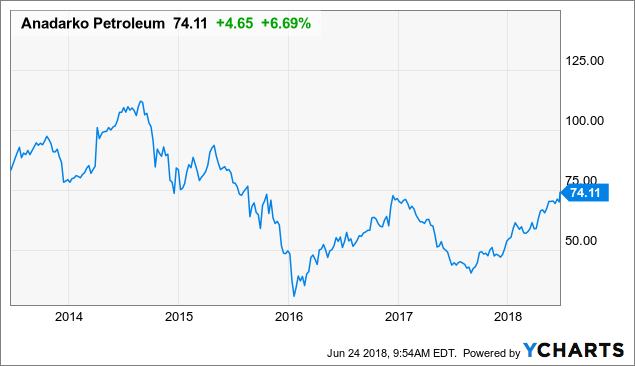 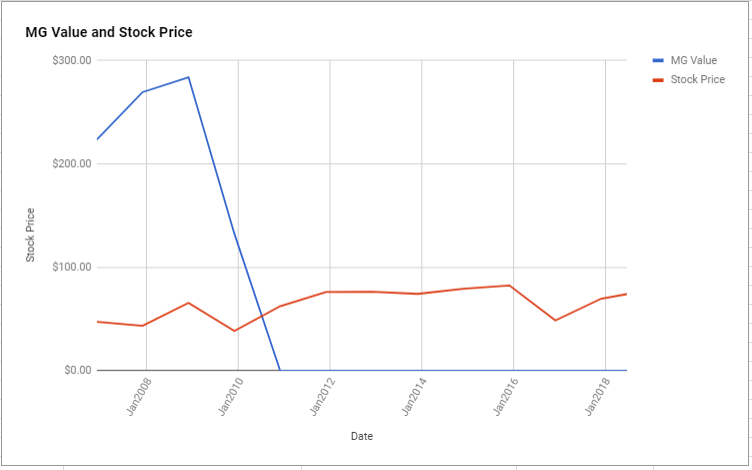 Anadarko Petroleum Corporation does not satisfy the requirements of either the Enterprising Investor or the more conservative Defensive Investor. The Defensive Investor is concerned with the low current ratio, insufficient earnings stability over the last ten years, and the high PEmg and PB ratios. The Enterprising Investor has concerns regarding the level of debt relative to the current assets, and the lack of earnings stability or growth over the last five years. As a result, all value investors following the ModernGraham approach should explore other opportunities at this time or proceed cautiously with a speculative attitude.

As for a valuation, the company appears to be Overvalued after seeing its EPSmg (normalized earnings) decline from $-0.4 in 2014 to an estimated $-3.15 for 2018. This level of negative earnings does not support a positive valuation.As a result, the ModernGraham valuation model, based on the Benjamin Graham value investing formula, returns an estimate of intrinsic value below the price.

At the time of valuation, further research into Anadarko Petroleum Corporation revealed the company was trading above its Graham Number of $18.32. The company pays a dividend of $0.2 per share, for a yield of 0.3% Its PEmg (price over earnings per share – ModernGraham) was -23.54, which was below the industry average of 87.76, which by some methods of valuation makes it one of the most undervalued stocks in its industry. Finally, the company was trading above its Net Current Asset Value (NCAV) of $-45.84.

Anadarko Petroleum Corporation scores quite poorly in the ModernGraham grading system, with an overall grade of D. 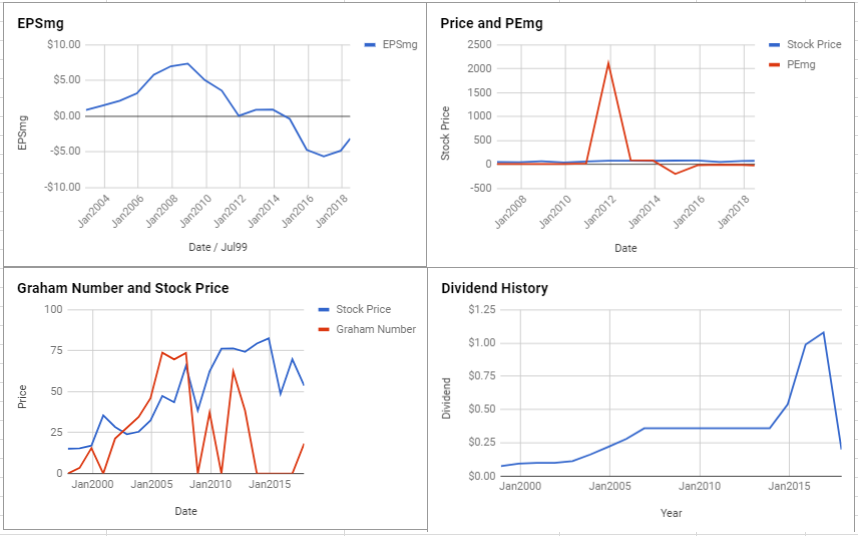