Company ProfileÂ (excerpt from Reuters): Canadian Pacific Railway Limited, incorporated on October 1, 2001, together with its subsidiaries, owns and operates a transcontinental freight railway in Canada and the United States. The Company operates through rail transportation segment. The Company transports bulk commodities, merchandise freight, and intermodal traffic over a network of approximately 12,400 miles, serving the business centers of Canada from Montreal, Quebec, to Vancouver, British Columbia and the United States Northeast and Midwest regions. Its railway feeds directly into the United States heartland from the east and west coasts. Its Bulk commodities include grain, coal, potash, fertilizers and sulfur. Its Merchandise freight consists of finished vehicles and machinery, as well as forest and industrial and consumer products. Its Intermodal traffic consists of retail goods in overseas containers that can be transported by train, ship and truck and in domestic containers and trailers that can be moved by train and truck. Its subsidiaries include Canadian Pacific Railway Company, Soo Line Railroad Company, Delaware and Hudson Railway Company, Inc., Dakota, Minnesota & Eastern Railroad Corporation and Mount Stephen Properties Inc. 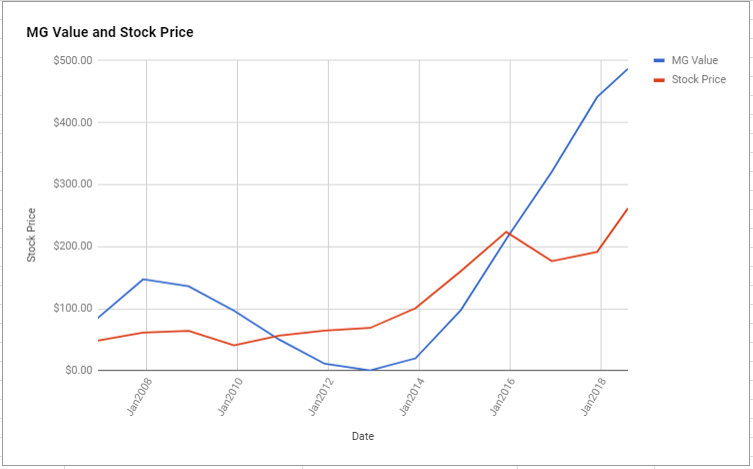 Canadian Pacific Railway Limited (USA) does not satisfy the requirements of either the Enterprising Investor or the more conservative Defensive Investor. The Defensive Investor is concerned with the low current ratio, high PEmg and PB ratios. The Enterprising Investor has concerns regarding the level of debt relative to the current assets. As a result, all value investors following the ModernGraham approach should explore other opportunities at this time or proceed cautiously with a speculative attitude.

As for a valuation, the company appears to be Undervalued after growing its EPSmg (normalized earnings) from $5.4 in 2014 to an estimated $12.64 for 2018. This level of demonstrated earnings growth outpaces the market’s implied estimate of 6.11% annual earnings growth over the next 7-10 years. As a result, the ModernGraham valuation model, based on the Benjamin Graham value investing formula, returns an estimate of intrinsic value above the price.

At the time of valuation, further research into Canadian Pacific Railway Limited (USA) revealed the company was trading above its Graham Number of $115.43. The company pays a dividend of $2.19 per share, for a yield of 0.8% Its PEmg (price over earnings per share – ModernGraham) was 20.71, which was below the industry average of 21.35, which by some methods of valuation makes it one of the most undervalued stocks in its industry. Finally, the company was trading above its Net Current Asset Value (NCAV) of $-91.56. 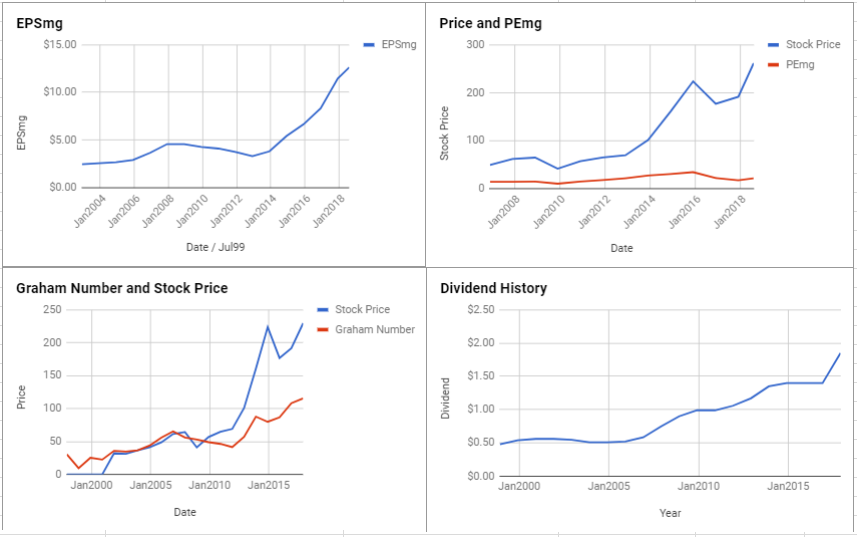