Company ProfileÂ (excerpt from Reuters): Tidewater Inc., incorporated on February 7, 1956, provides offshore service vessels and marine support services to the global offshore energy industry. The Company operates a fleet of marine service vessels. The Company operates through four segments: Americas, Asia/Pacific, Middle East/North Africa and Sub-Saharan Africa/Europe. Its Americas segment includes the activities of the Company’s North American operations, which include operations in the United States Gulf of Mexico (GOM), and the United States and Canadian coastal waters of the Pacific and Atlantic oceans, as well as operations of offshore Mexico, Trinidad and Brazil. The Asia/Pacific segment includes its Australian and Southeast Asian and Western Pacific operations. The Middle East/North Africa segment includes its operations in the Mediterranean and Red Seas, the Black Sea, the Arabian Gulf and offshore India. The Company’s Sub-Saharan Africa/Europe segment includes operations conducted along the East and West Coasts of Africa, as well as operations in and around the Caspian Sea, the North Sea, and certain other arctic/cold water markets. 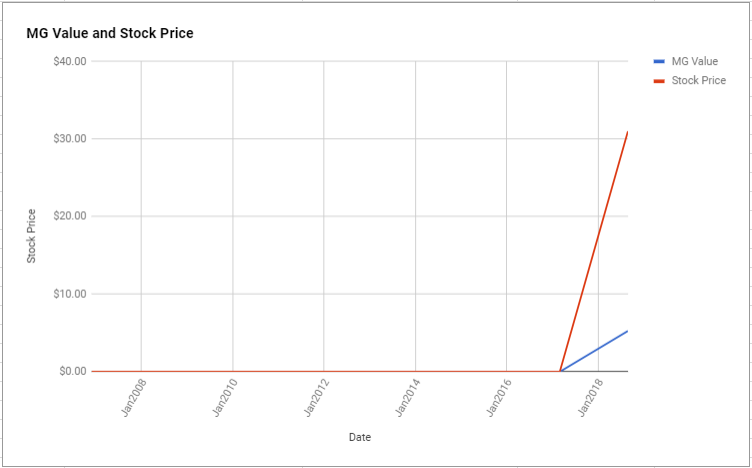 Tidewater Inc. does not satisfy the requirements of either the Enterprising Investor or the more conservative Defensive Investor. The Defensive Investor is concerned with the small size, insufficient earnings stability or growth over the last ten years, and the poor dividend history, and the high PEmg and PB ratios. The Enterprising Investor has concerns regarding the lack of earnings stability or growth over the last five years, and the lack of dividends. As a result, all value investors following the ModernGraham approach should explore other opportunities at this time or proceed cautiously with a speculative attitude.

As for a valuation, the company appears to be Overvalued after seeing its EPSmg (normalized earnings) decline from $0 in 2014 to an estimated $-0.75 for 2018. This level of negative earnings does not support a positive valuation.As a result, the ModernGraham valuation model, based on the Benjamin Graham value investing formula, returns an estimate of intrinsic value below the price.

At the time of valuation, further research into Tidewater Inc. revealed the company was trading above its Graham Number of $0. The company does not pay a dividend. Its PEmg (price over earnings per share – ModernGraham) was -41.35, which was below the industry average of 59.52, which by some methods of valuation makes it one of the most undervalued stocks in its industry. Finally, the company was trading above its Net Current Asset Value (NCAV) of $5.25.

Tidewater Inc. scores quite poorly in the ModernGraham grading system, with an overall grade of D. 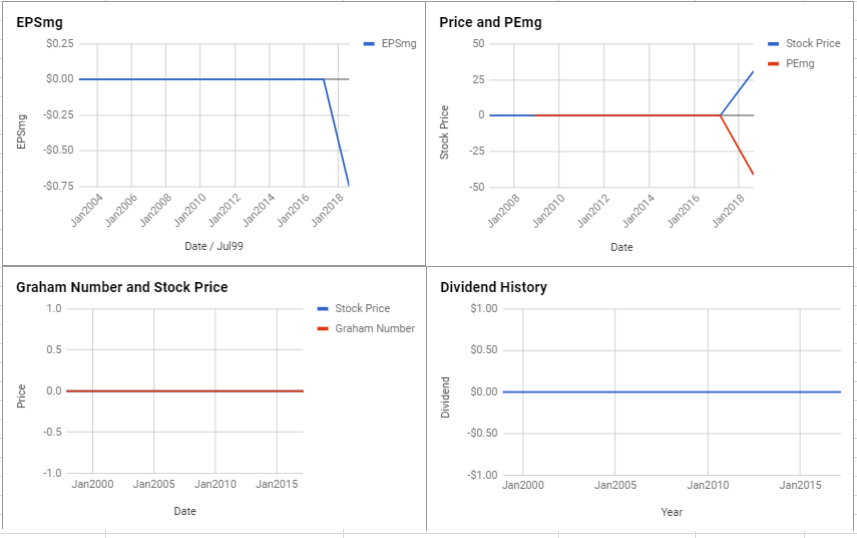