Company ProfileÂ (excerpt from Reuters): Labrador Iron Ore Royalty Corporation (LIORC) is a Canada-based company, which owns interests in Iron Ore Company of Canada (IOC) that operates an iron mine near Labrador City, Newfoundland and Labrador on lands leased from LIORC. The Company, through its subsidiary, Hollinger-Hanna Limited (Hollinger-Hanna), holds approximately 15.10% equity interest in IOC. The Company operates through the segment of its investment in IOC and its IOC royalty and commission interests. LIORC holds certain mining leases and mining licenses covering approximately 18,200 hectares of land near Labrador City. IOC has leased certain portions of these lands from which it mines iron ore. IOC is an iron ore producer, operating a mine, concentrator and pellet plant, and is a producer of iron ore pellets across the world. IOC has the capacity to extract approximately 50 million tons of crude ore annually. 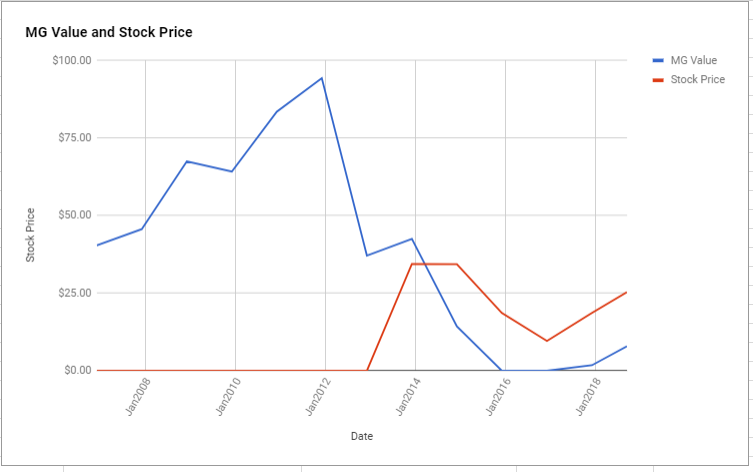 As for a valuation, the company appears to be Overvalued after seeing its EPSmg (normalized earnings) decline from $2.06 in 2014 to an estimated $1.78 for 2018. This level of demonstrated earnings growth does not support the market’s implied estimate of 2.86% annual earnings growth over the next 7-10 years. As a result, the ModernGraham valuation model, based on the Benjamin Graham value investing formula, returns an estimate of intrinsic value below the price.

At the time of valuation, further research into Labrador Iron Ore Royalty Corporation revealed the company was trading above its Graham Number of $19.93. The company pays a dividend of $1 per share, for a yield of 4%, putting it among the best dividend paying stocks today. Its PEmg (price over earnings per share – ModernGraham) was 14.23, which was below the industry average of 20.66, which by some methods of valuation makes it one of the most undervalued stocks in its industry. Finally, the company was trading above its Net Current Asset Value (NCAV) of $-1.75. 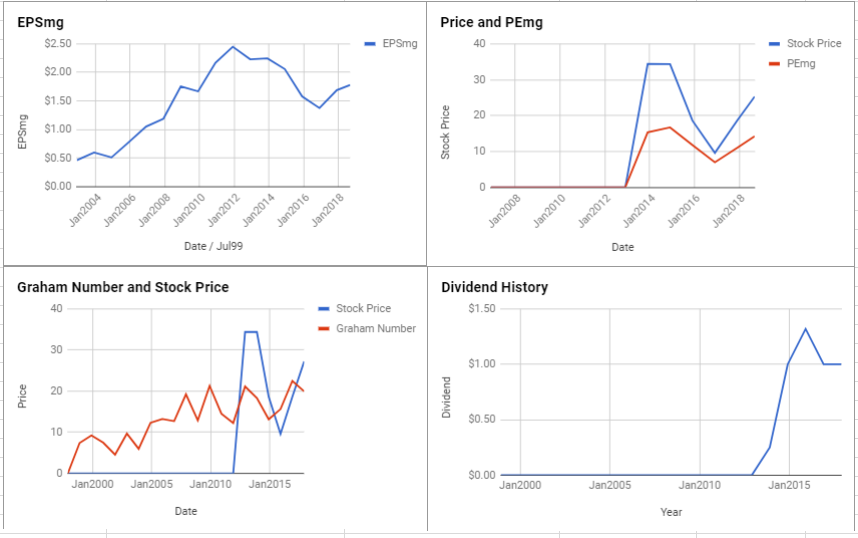