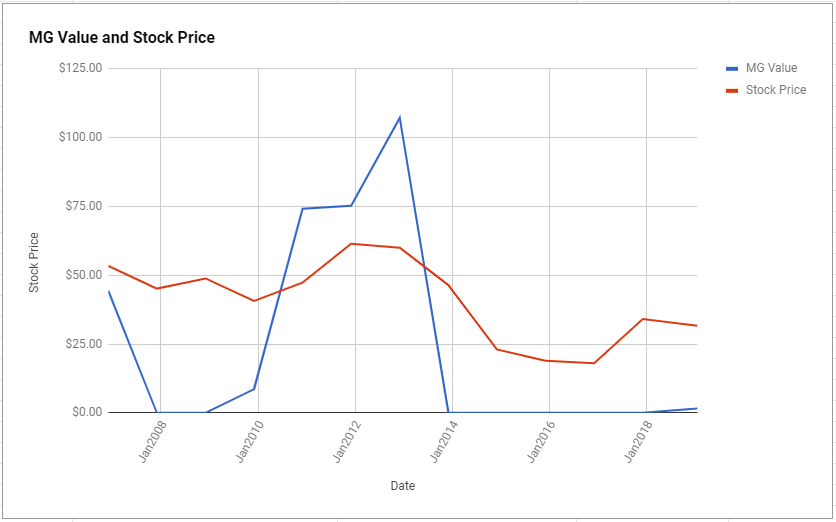 As for a valuation, the company appears to be Overvalued after growing its EPSmg (normalized earnings) from $0.11 in 2014 to an estimated $0.12 for 2018. This level of demonstrated earnings growth does not support the market’s implied estimate of 126.26% annual earnings growth over the next 7-10 years. As a result, the ModernGraham valuation model, based on the Benjamin Graham value investing formula, returns an estimate of intrinsic value below the price. 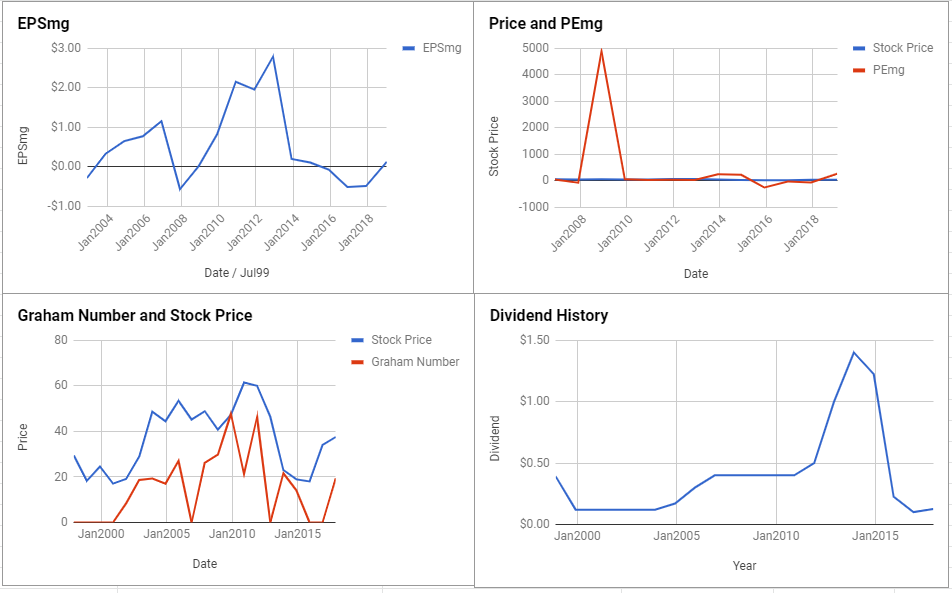