Company ProfileÂ (excerpt from Reuters): Kansas City Southern (KCS), incorporated on January 29, 1962, is a holding company. The Company has domestic and international rail operations in North America that are focused on the north/south freight corridor connecting commercial and industrial markets in the central United States with industrial cities in Mexico. Its subsidiaries include The Kansas City Southern Railway Company (KCSR), Kansas City Southern de Mexico, S.A. de C.V. (KCSM), Mexrail, Inc. (Mexrail), KCSM Servicios, S.A. de C.V. (KCSM Servicios), Meridian Speedway, LLC (MSLLC) and Panama Canal Railway Company (PCRC). KCSR serves a 10-state region in the midwest and southeast regions of the United States and has the north/south rail route between Kansas City, Missouri and various ports along the Gulf of Mexico in Alabama, Louisiana, Mississippi and Texas. KCSM operates a commercial corridor of the Mexican railroad system. KCSM’s rail lines provide rail access to the United States and Mexico border crossing at Nuevo Laredo, Tamaulipas, the rail freight interchange point between the United States and Mexico. As of December 31, 2016, KCSM served its Mexico’s industrial cities and three of its seaports. KCSM also provides rail access to the Port of Lazaro Cardenas on the Pacific Ocean. 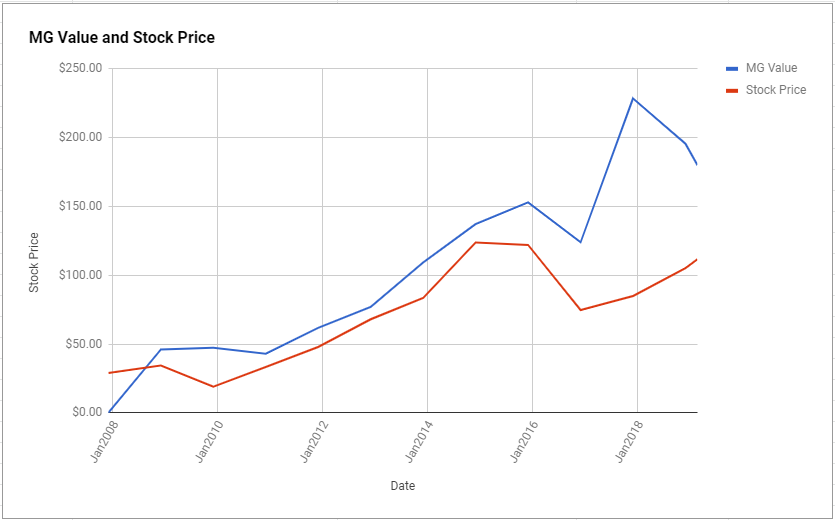 Kansas City Southern does not satisfy the requirements of either the Enterprising Investor or the more conservative Defensive Investor. The Defensive Investor is concerned with the low current ratio, poor dividend history. The Enterprising Investor has concerns regarding the level of debt relative to the current assets. As a result, all value investors following the ModernGraham approach should explore other opportunities at this time or proceed cautiously with a speculative attitude.

As for a valuation, the company appears to be Undervalued after growing its EPSmg (normalized earnings) from $3.97 in 2015 to an estimated $6.51 for 2019. This level of demonstrated earnings growth outpaces the market’s implied estimate of 4.33% annual earnings growth over the next 7-10 years. As a result, the ModernGraham valuation model, based on the Benjamin Graham value investing formula, returns an estimate of intrinsic value above the price.

At the time of valuation, further research into Kansas City Southern revealed the company was trading above its Graham Number of $83.02. The company pays a dividend of $1.44 per share, for a yield of 1.3% Its PEmg (price over earnings per share – ModernGraham) was 17.15, which was below the industry average of 19.16, which by some methods of valuation makes it one of the most undervalued stocks in its industry. Finally, the company was trading above its Net Current Asset Value (NCAV) of $-36.47. 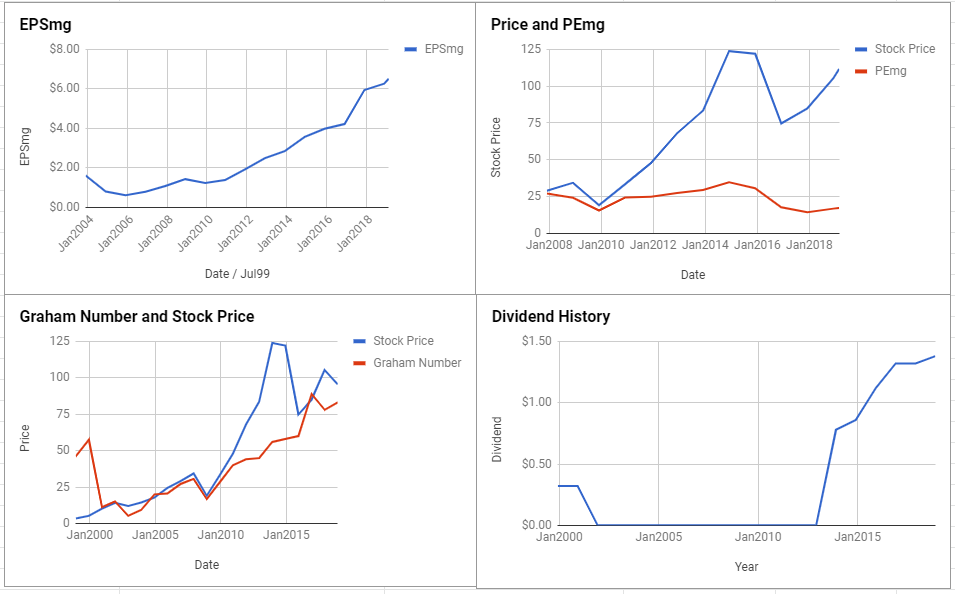