Company ProfileÂ (excerpt from Reuters): American Airlines Group Inc., incorporated on February 16, 1982, is a holding company. The Company’s primary business activity is the operation of a network air carrier, providing scheduled air transportation for passengers and cargo. The Company operates through American segment, which provides air transportation for passengers and cargo. Together with its regional airline subsidiaries and third-party regional carriers operating as American Eagle, its airline operated an average of nearly 6,700 flights per day to nearly 350 destinations in more than 50 countries, principally from its hubs in Charlotte, Chicago, Dallas/Fort Worth, Los Angeles, Miami, New York, Philadelphia, Phoenix and Washington, District of Columbia, as of December 31, 2016. In the fiscal year ended December 31, 2016, approximately 199 million passengers boarded its mainline and regional flights. 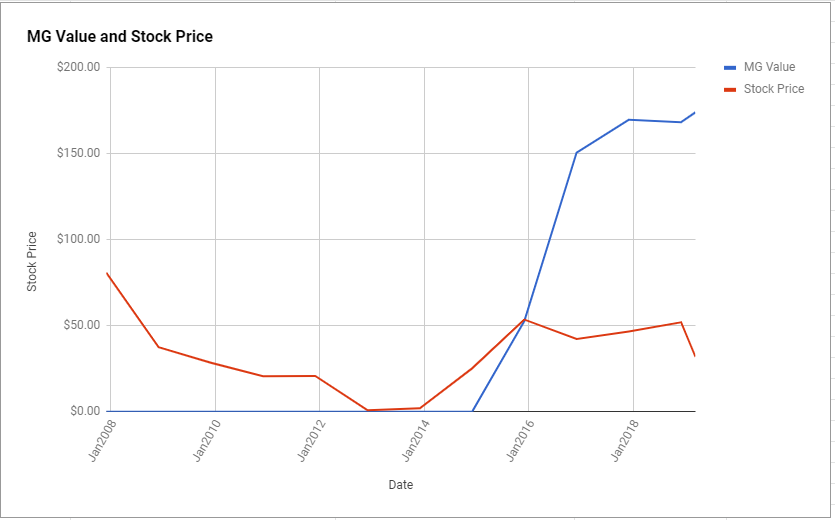 American Airlines Group Inc does not satisfy the requirements of either the Enterprising Investor or the more conservative Defensive Investor. The Defensive Investor is concerned with the low current ratio, insufficient earnings stability or growth over the last ten years, and the poor dividend history. The Enterprising Investor has concerns regarding the level of debt relative to the current assets. As a result, all value investors following the ModernGraham approach should explore other opportunities at this time or proceed cautiously with a speculative attitude.

As for a valuation, the company appears to be Undervalued after growing its EPSmg (normalized earnings) from $1.37 in 2015 to an estimated $4.52 for 2019. This level of demonstrated earnings growth outpaces the market’s implied estimate of 0.71% annual earnings loss over the next 7-10 years. As a result, the ModernGraham valuation model, based on the Benjamin Graham value investing formula, returns an estimate of intrinsic value above the price.

At the time of valuation, further research into American Airlines Group Inc revealed the company was trading below its Graham Number of $55.21. The company pays a dividend of $0.4 per share, for a yield of 1.2% Its PEmg (price over earnings per share – ModernGraham) was 7.09, which was below the industry average of 10.49, which by some methods of valuation makes it one of the most undervalued stocks in its industry. Finally, the company was trading above its Net Current Asset Value (NCAV) of $-86.27. 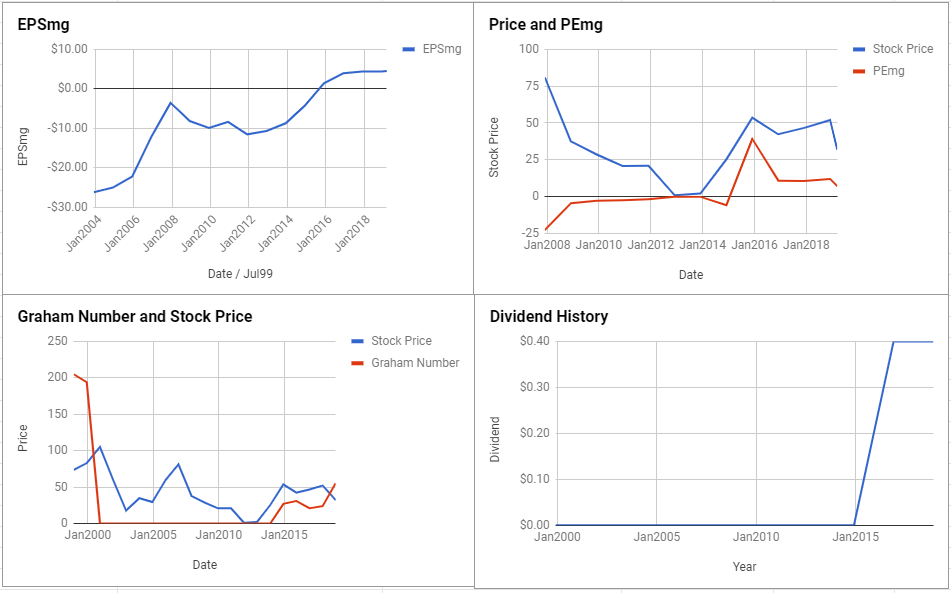