Company ProfileÂ (excerpt from Reuters): Costco Wholesale Corporation, incorporated on May 12, 1987, is engaged in the operation of membership warehouses in the United States and Puerto Rico, Canada, the United Kingdom, Mexico, Japan, Australia, Spain, and through its subsidiaries in Taiwan and Korea. As of August 28, 2016, the Company operated 715 warehouses across the world. The Company’s average warehouse space is approximately 144,000 square feet. The Company’s warehouses on average operate on a seven-day, 70-hour week. The Company offers merchandise in various categories, which include foods (including dry foods, packaged foods and groceries); sundries (including snack foods, candy, alcoholic and nonalcoholic beverages, and cleaning supplies); hardlines (including appliances, electronics, health and beauty aids, hardware, and garden and patio); fresh foods (including meat, produce, deli and bakery); softlines (including apparel and small appliances), and other (including gas stations and pharmacy). 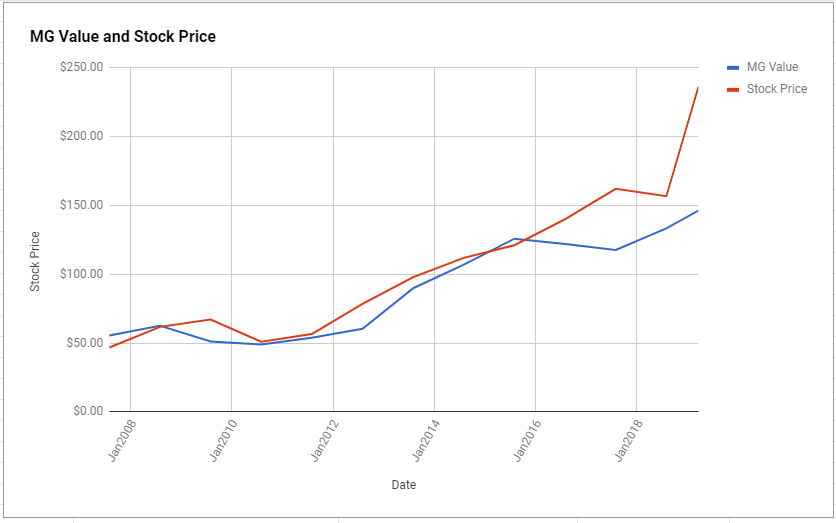 Costco Wholesale Corporation does not satisfy the requirements of either the Enterprising Investor or the more conservative Defensive Investor. The Defensive Investor is concerned with the low current ratio, high PEmg and PB ratios. The Enterprising Investor has concerns regarding the level of debt relative to the current assets. As a result, all value investors following the ModernGraham approach should explore other opportunities at this time or proceed cautiously with a speculative attitude.

As for a valuation, the company appears to be Overvalued after growing its EPSmg (normalized earnings) from $4.69 in 2015 to an estimated $6.75 for 2019. This level of demonstrated earnings growth does not support the market’s implied estimate of 13.23% annual earnings growth over the next 7-10 years. As a result, the ModernGraham valuation model, based on the Benjamin Graham value investing formula, returns an estimate of intrinsic value below the price.

At the time of valuation, further research into Costco Wholesale Corporation revealed the company was trading above its Graham Number of $71.28. The company pays a dividend of $2.14 per share, for a yield of 0.9% Its PEmg (price over earnings per share – ModernGraham) was 34.96, which was above the industry average of 27.69. Finally, the company was trading above its Net Current Asset Value (NCAV) of $-15.75.

Costco Wholesale Corporation scores quite poorly in the ModernGraham grading system, with an overall grade of F. 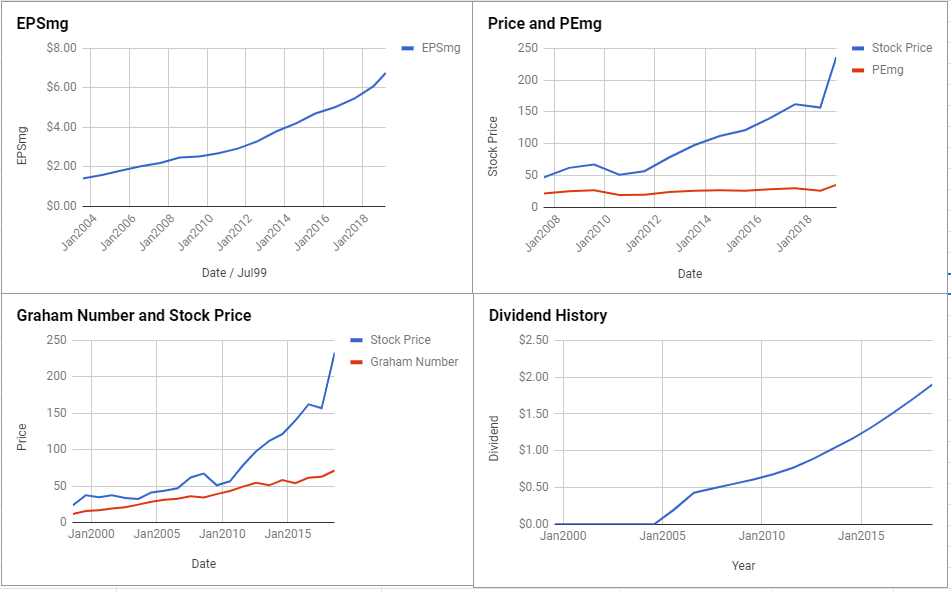