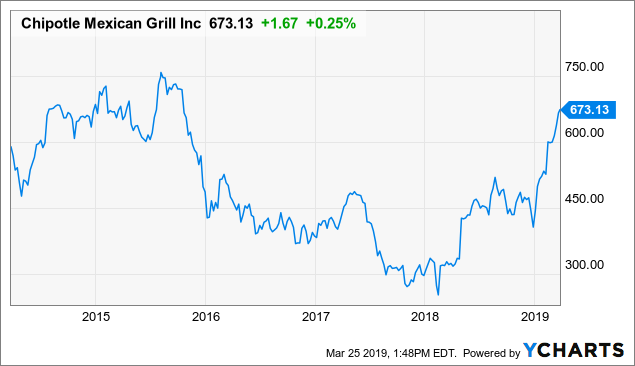 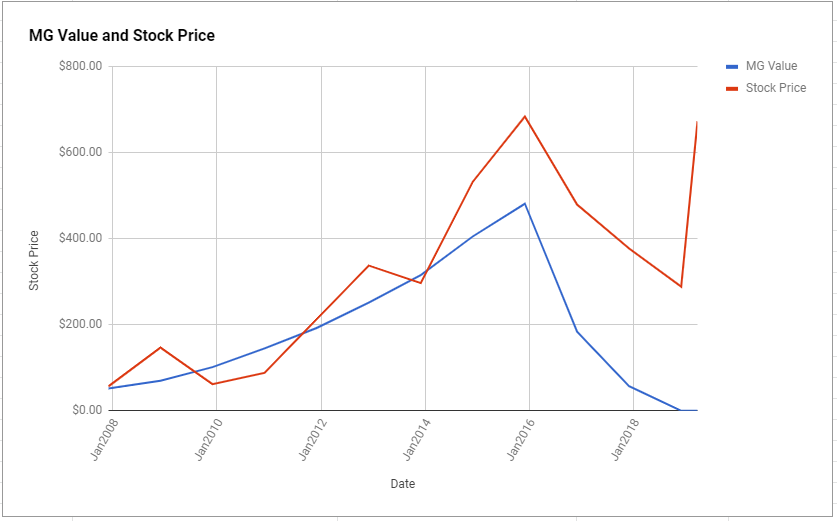 Chipotle Mexican Grill, Inc. does not satisfy the requirements of either the Enterprising Investor or the more conservative Defensive Investor. The Defensive Investor is concerned with the low current ratio, insufficient earnings growth over the last ten years, and the poor dividend history, and the high PEmg and PB ratios. The Enterprising Investor has concerns regarding the lack of earnings growth over the last five years, and the lack of dividends. As a result, all value investors following the ModernGraham approach should explore other opportunities at this time or proceed cautiously with a speculative attitude.

As for a valuation, the company appears to be Overvalued after seeing its EPSmg (normalized earnings) decline from $12.51 in 2015 to an estimated $7.71 for 2019. This level of demonstrated earnings growth does not support the market’s implied estimate of 39.38% annual earnings growth over the next 7-10 years. As a result, the ModernGraham valuation model, based on the Benjamin Graham value investing formula, returns an estimate of intrinsic value below the price.

Chipotle Mexican Grill, Inc. scores quite poorly in the ModernGraham grading system, with an overall grade of F. 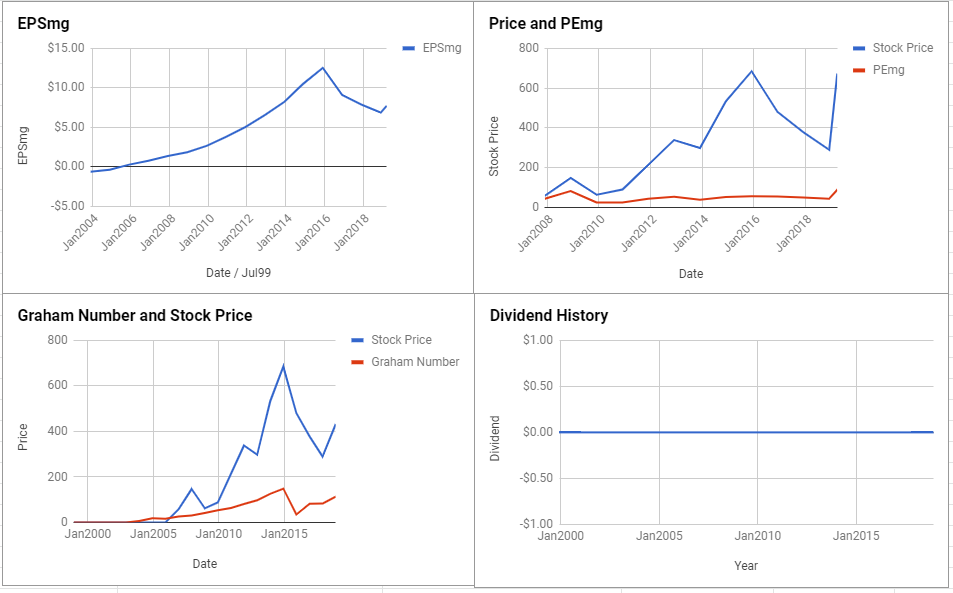