Company ProfileÂ (excerpt from Reuters): Mylan N.V., incorporated on July 7, 2014, is a global pharmaceutical company. The Company develops, licenses, manufactures, markets and distributes generic, brand name and over-the-counter (OTC) products in a range of dosage forms and therapeutic categories. It operates through three segments on a geographic basis, North America, Europe and Rest of World. The Company’s Cold-EEZE family of brands includes OTC cold remedies sold as lozenges, gummies, oral sprays, caplets, QuickMelts and oral liquid dose forms in the United States. The North America segment is primarily made up of its operations in the United States and Canada. The Europe segment is made up its operations in approximately 35 countries within the region. The Rest of World segment is primarily made up of its operations in India, Australia, Japan and New Zealand. Also included in the Rest of World segment are its operations in markets, which include countries in Africa (including South Africa), as well as Brazil and other countries throughout Asia and the Middle East. The Company conducts active pharmaceutical ingredient (API) business through Mylan Laboratories Limited (Mylan India). As of December 31, 2016, it offers product portfolios, including approximately 7,500 marketed products around the world, to customers in over 165 countries and territories. It operates a global vertically integrated manufacturing platform around the world and API operations. It also operates research and development (R&D) network that delivers product pipeline, including a range of dosage forms, therapeutic categories and biosimilars. 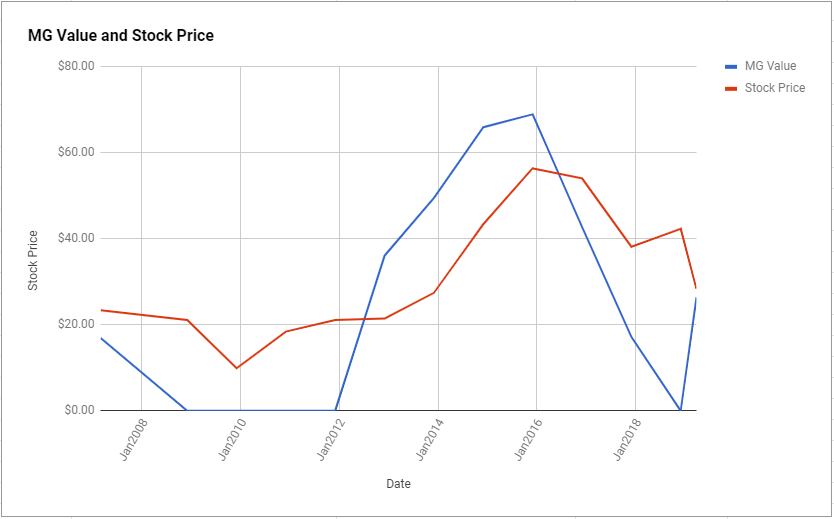 Mylan NV does not satisfy the requirements of either the Enterprising Investor or the more conservative Defensive Investor. The Defensive Investor is concerned with the low current ratio, poor dividend history. The Enterprising Investor has concerns regarding the level of debt relative to the current assets, and the lack of dividends. As a result, all value investors following the ModernGraham approach should explore other opportunities at this time or proceed cautiously with a speculative attitude.

As for a valuation, the company appears to be Fairly Valued after growing its EPSmg (normalized earnings) from $1.79 in 2015 to an estimated $2.05 for 2019. This level of demonstrated earnings growth supports the market’s implied estimate of 2.68% annual earnings growth over the next 7-10 years. As a result, the ModernGraham valuation model, based on the Benjamin Graham value investing formula, returns an estimate of intrinsic value within a margin of safety relative to the price.

At the time of valuation, further research into Mylan NV revealed the company was trading below its Graham Number of $46.77. The company does not pay a dividend. Its PEmg (price over earnings per share – ModernGraham) was 13.86, which was below the industry average of 47.6, which by some methods of valuation makes it one of the most undervalued stocks in its industry. Finally, the company was trading above its Net Current Asset Value (NCAV) of $-27.49. 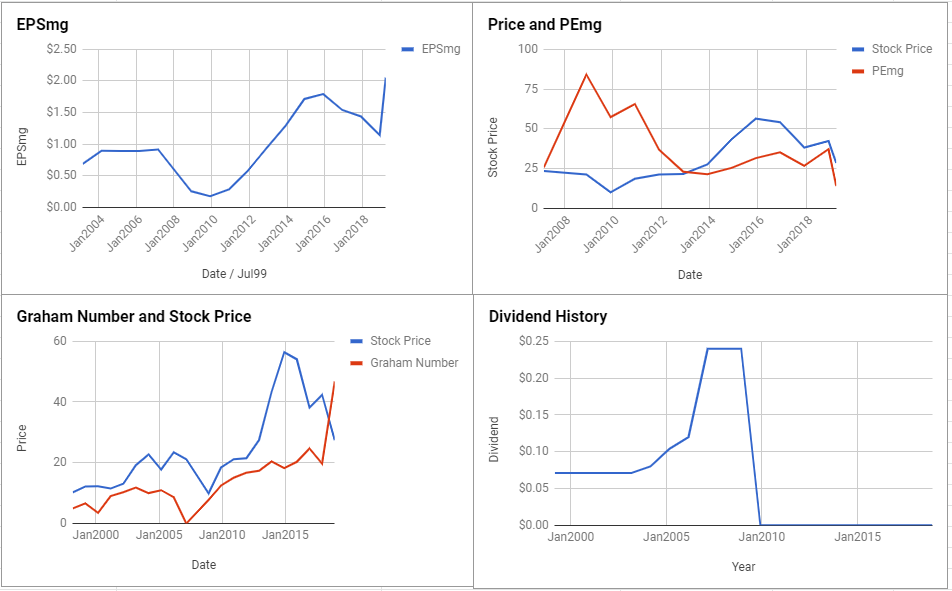