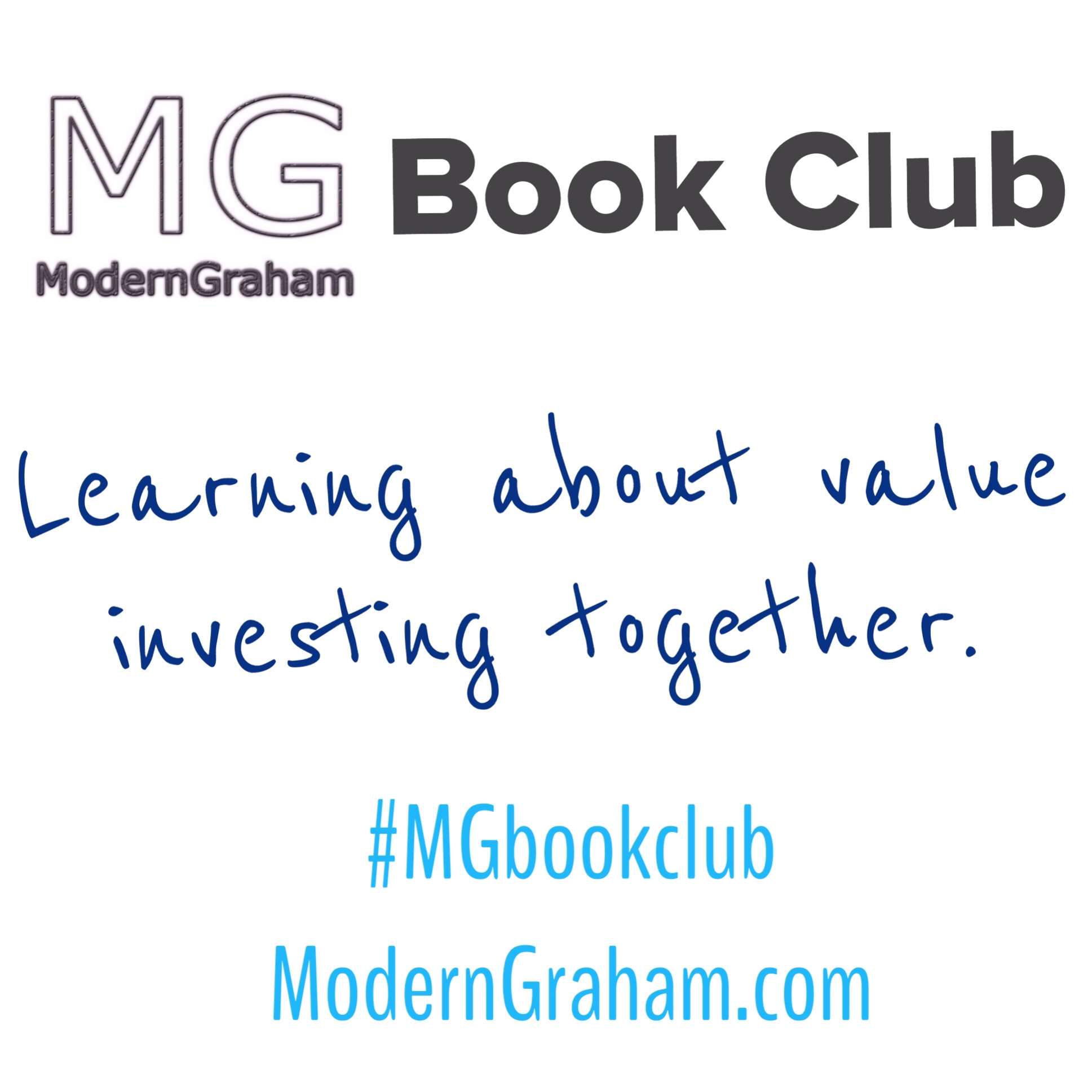 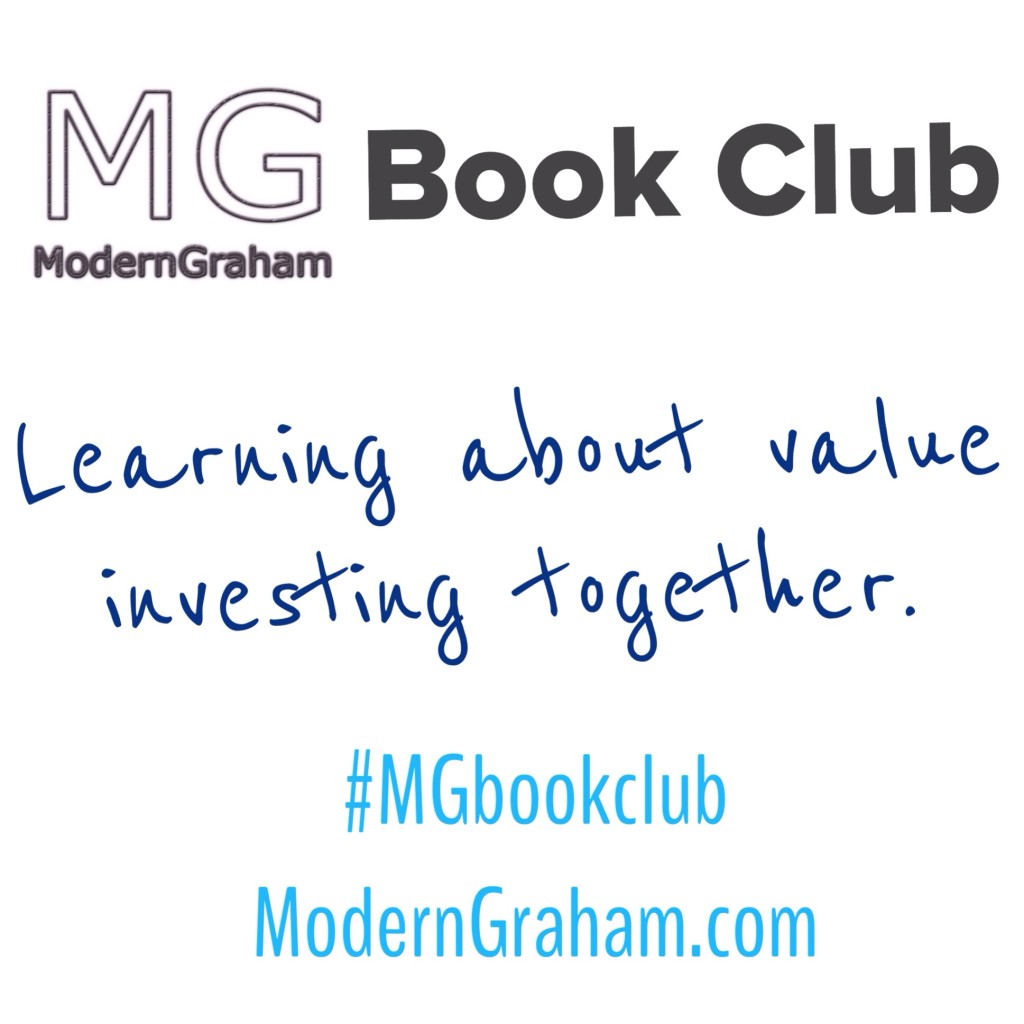 What is the ModernGraham Book Club?

The ModernGraham Book Club is a communityÂ where value investors can come together each week to discuss and learn as a group about investing. Â This is a place you can come to find good books, good insight, and good conversation. Â Hopefully as you participate you will learn more about value investing and other related topics.

Anybody can participate, regardless of investing knowledge. Â The ModernGraham Book Club is intended to be suitable for investors of all levels. Â If you don’t know a single thing about investing, or if you are a hedge fund manager with years of experience, you are welcome to participate. Â In fact, the more diversity in knowledge levels, the greater the experience will be for all. Â Oh, and the whole thing is free to participate. Â No purchase necessary, though you may find it a little more useful if you purchase the books.

How often will we discuss?

Every Sundays, there will be a post onÂ ModernGraham.comÂ where the discussion leader will giveÂ thoughts on the reading for that week, and readers are encouraged to participate in the discussion by commenting on the post. Â The weekly readings will be fairly short, so if you miss a week or two it will be easy to catch up.

What are we Reading?